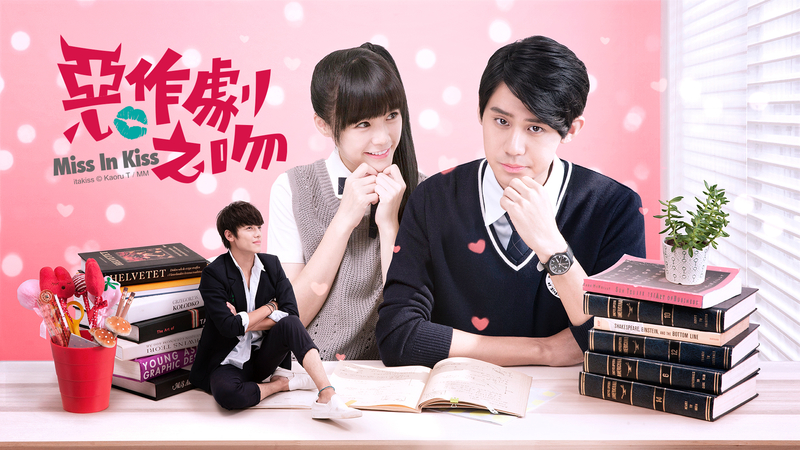 This actually doesn’t look bad, this new 2016 adaptation of Japanese manga Itazura na Kiss (It Started with a Kiss), but then again I have zilch expectations going in so that’s not a high bar to cross. Following on the heels of the success Taiwanese version It Started with a Kiss, and the recent success Japanese second version Itazura na Kiss: Love in Tokyo, there is enough interest in this high school romance to warrant the arrival of Miss in Kiss starring Dino Lee and Esther Wu. He got his big break as the second male lead in hit TW-movie Our Times while she’s a relative newbie so the two mostly fresh faces can give their take on the now iconic characters of Naoki and Kotoki. So far he’s more winning and on point than her but visually they mesh quite well, and with a decent supporting cast around this looks like another entertaining romp in the same familiar pool.

Long preview for Miss in Kiss: