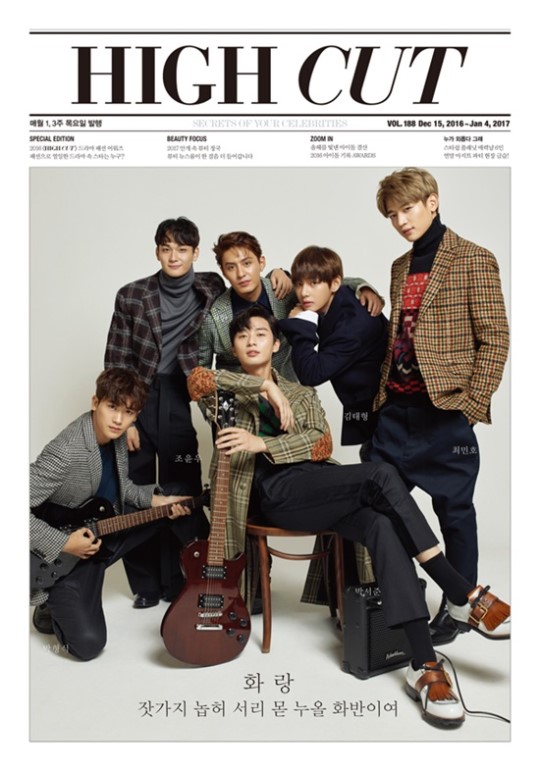 This is so disconcerting to see visual proof that the casting of upcoming KBS Mon-Tues drama Hwarang may indeed be wholly unsuitable for the sageuk setting and a potential slam dunk if moved to the modern times. The drama premieres next week and will be a chance for the network to replace super low rated The Man Living in Our House with a drama that could take away some of the high ratings from time slot leading Romantic Doctor, Teacher Kim. Judging by how hella awkward the majority of the leads look in character from both the previews and drama stills, it’s going to be a hard sell and SBS failed to bring in eyeballs using the same pretty boys packed together in a sageuk concept with Moon Lovers: Scarlet Heart, Ryeo. I wish this drama were set in modern times at some sort of college boarding school where the hwarang are training to be wizards or covert ops, all six male leads look infinitely better as their modern day selves in this drama tie-in pictorial for High Cut Magazine.