Next year in 2017 will be interesting to see if SBS can continue it’s currently medical drama winning streak on Mon-Tue without that genre’s drama on the schedule. The line up is out for the first half of next year following the end of Romantic Doctor, Teacher Kim. First is Defendant with Ji Sung, Yuri, and Eom Ki Joon about a prosecutor with amnesia trying to prove his innocence in a murder accusation. The comes Whisper from the screenwriter of Punch, and is yet another corruption and greed probing drama this time with Lee Bo Young in the driver’s seat as a scrappy police detective section chief. I find it adorable that Lee Bo Young’s return drama after having a baby is following her hubby Ji Sung’s drama on the same network. And lastly the network has scooped up the pre-produced sageuk remake of My Sassy Girl with Joo Won and Oh Yeon Seo to follow Whisper on Mon-Tues in late spring. Not a single medical drama in sight just yet but I wouldn’t be surprised if SBS finds one for the second half of 2017. 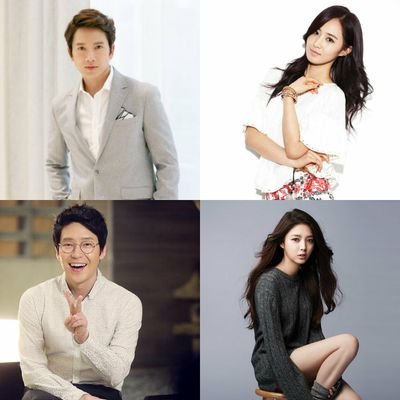