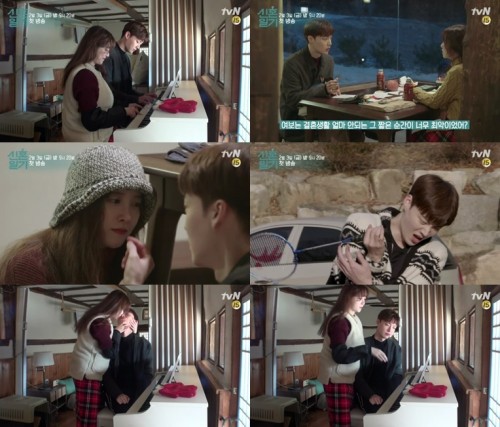 Na PD kept this project under wraps so well because the first preview is out just a day after news came out that his next variety reality show will be following newlywed K-ent couple Gu Hye Sun and Ahn Jae Hyun. He’s already been filming the recently married pair in what looks like a countryside setting, complete with fresh snow and a menagerie of cute dogs and cats in the residence. I don’t know the personalities of either stars much before the news of their romance and marriage gave them additional impressions beyond thinking them terribly awkward at acting in dramas. In the upcoming Newlyweds Diary, the pair appear mutually 4D which likely explains their coupling, and having 4D personalities on variety shows often makes the proceedings more entertaining and also further humanizes the participants behind their star aura.