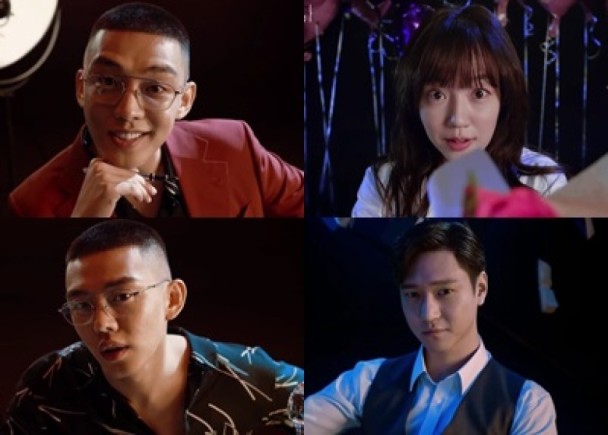 The character teasers are out for upcoming tvN drama Chicago Typewriter, set in the modern times with a period element back to 1930’s era Japanese occupied Korea. It’ll be interesting to see how the screenwriter makes writing interesting much like how Jo In Sung’s mystery writer character in It’s Okay, It’s Love had his profession examined and interwoven into the narrative in a compelling and interesting way. On the visual front the teasers show us super side buzzed Yoo Ah In, maybe he’s getting a head start on military enlistment hairstyle but it’s certainly a change from the more voluminous dos that most male characters sport in dramas. He pulls it off especially with the snappy attire, same is true for Go Kyung Pyo rocking the shirt and vest combo. And it’s a treat to see Im Soo Jung back on the small screen looking quite like her own quirky pretty self but playing a super fan of Yoo Ah In’s novelist.