Married Korean stars Ryu Soo Young and Park Ha Sun have been enjoying the newlywed life for the last few months, or enjoying as much as they can during Ryu Soo Young’s free time from filming the weekend drama Father is Strange. I find it funny that stars are considered working too hard if they do a drama after getting married since average folks work even after getting married, but there is the understanding that K-drama filmings are grueling suck your entire life into the mix projects. To promote Father is Strange, Ryu Soo Young was on Happy Together and shared the cutest additional pictures from their wedding photo shoot, including one candid shot of his back running towards his future wifey as she smiles happily towards him. These two radiate affection for each other and it’s really heartwarming to see him gushing so openly about her. 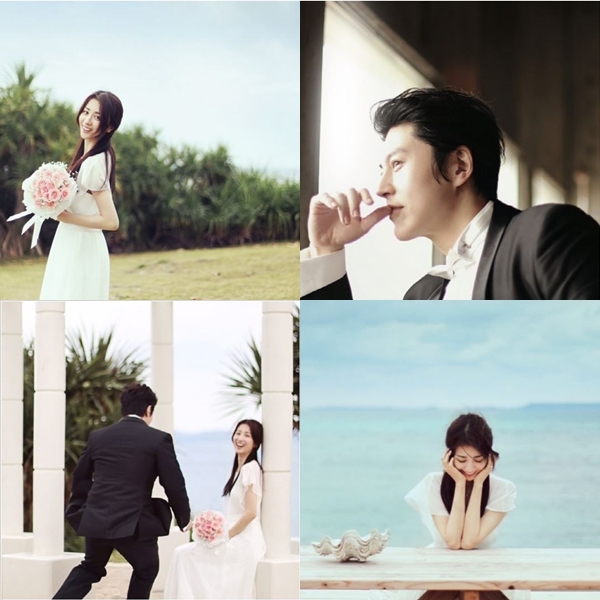 Ryu Soo Young explained that the couple met on the set of drama Two Weeks and were just coworkers until one day he drove by her home and called to grab a coffee with her. When he was driving to meet her his heart started to race which is how he knew he liked her. Then two weeks later he asked her out to go hiking and she accepted which is how he figured she might be interested in him back. He proposed to her on a hiking trip many months later, down on one knee, and she accepted with tears in her eyes. Awwwwww.