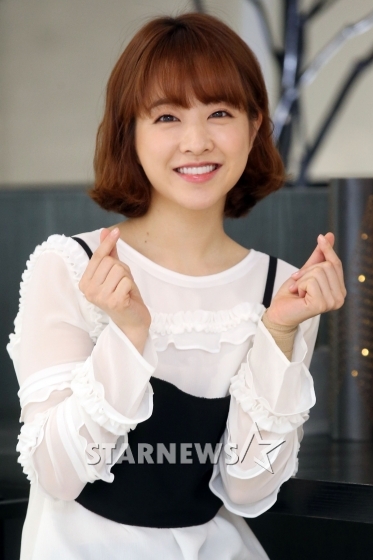 If I already love Park Bo Young to pieces hearing this post-drama wrap interview would have made me love her more. The young and talented actress finished filming hit cable network drama Strong Woman Do Bong Soon last week and the drama concluded with high ratings to make it the biggest 2017 cable drama hit so far, and comparing apples to oranges would stack alongside prime time hit Defendant. Park Bo Young reveals that she picks dramas based on how interesting she finds the character and so far managed to be two-for-two in picking female lead centric dramas that also end up ratings hits.

When asked about how fans loved her chemistry with male lead Park Hyung Sik and hope for a real romance, Park Bo Young laughed it off and said it was impossible for her to date Park Hyung Sik in real life. They got along well during filming but she sees him as a younger brother, and when they did their many many kiss scenes there was zero romance with so many people on set around them. In fact both only wanted to quickly get those scenes done with when filming. I adore her candor and putting a kibosh on fan shipping while staying adorably professional.