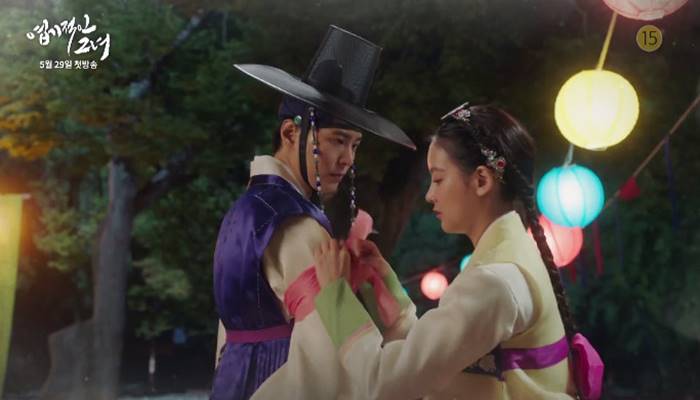 It’s here, the first teaser preview for the K-drama version of My Sassy Girl, taking the hit movie from the early Hallyu days and doing a sageuk twist nearly two decades later. I actually think the viewing audience doesn’t even need to be familiar with the original movie to want to watch this, the story lends itself to the typical K-drama romance tropes of uptight man and outspoken girl. Leads Joo Won and Oh Yeon Seo actually look fantastic in character, he’s got the looks and scholarly yet masculine aura to pull off scholarly restraint while she’s pulling out all her overacting chops to be the runaway wild princess but due to my goodwill for her from Please Come Back Ahjusshi it actually works for me. Even if this doesn’t end up very good it still looks worth a quick check when it premieres in mid May after Whisper.