Capitalism means that as long as there is a buyer then there is a seller and the transaction fine as long as it’s legal. When it comes to disgraced stars I always think as long as he or she has fans then there is a market for their wares. The last two years have not been easy for singer-actor Kim Hyun Joong as he went through multiple protracted legal cases for allegations of domestic violence and blackmail with his former girlfriend and current mother of his child. It played out with full media coverage and even if he was not guilty of some allegations there were many salacious facts revealed that really tainted his image to the general public. But it’s a testament to how devoted his fans are that after his military discharge earlier this year and recent bust for drunk driving he is still able to hold a fan meeting last week with 4000 fans in attendance. It’s like his fans are programmed to forgive and forget any of his infractions, but coming back in any meaningful way in the industry will require a broader scale such acceptance and I’m not sensing it forthcoming. 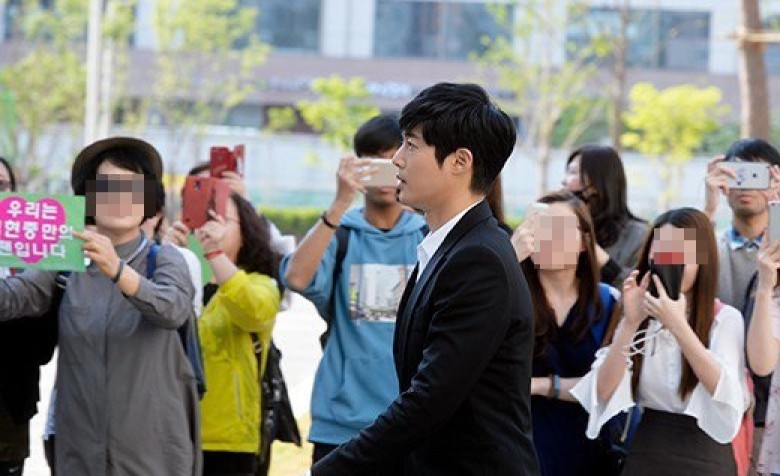 Kim Hyun Joong found himself on the witness stand this week attending court in Seoul for a still in progress legal case against his ex. I just wish these two would co-parent quietly and under and radar to spare their child even more future anguish.