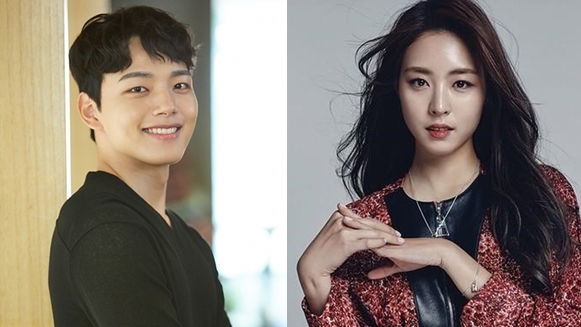 A huge difference between romantic drama leads is always a point to be noted regardless of the way the genders are swapped, but in this upcoming drama it’s the central premise that will need to hinge on amazing onscreen chemistry to pull off. SBS has scheduled Reunited Worlds for the Mon-Tues slot to take over from Suspicious Couple, and right now the offer for the leads have gone out to Lee Yeon Hee and Yeo Jin Gu. Their age difference of ten years in real life, she’s 29 and he’s 19, will be magnified further in the drama as she plays a 31 year old and him an 18 year old. Their love story starts in their teens but someone she grows older and he stays the same age, so in the narrative she’s 31 years old but he’s still 18. Idol Jung Chae Yeon is reportedly going to play the younger Lee Yeon Hee. This is all sorts of perplexing so I’ll have to wait for more information before rendering any further opinion.

The production team behind Reunited Worlds did a drama I quite enjoyed with The Girl Who Sees Smells, and the PD and screenwriter most recently worked together on Beautiful Gong Shim. The drama will premiere in early July.