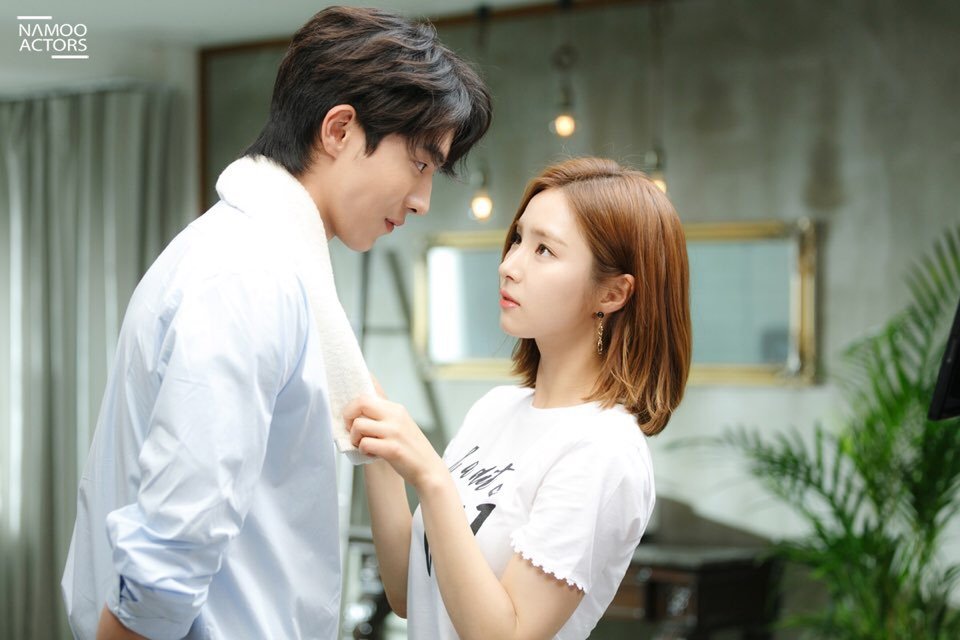 There’s quite playful vibe in the central romance in the K-drama adaptation of Bride of the Water God. In all the OTP previews so far, even when it tries to be uber romantic I sense the leads being young with a glimmer of curiosity in their interactions. That bodes well because I like Shin Se Kyung the best when she’s not playing too serious or melo and instead gets to be fun and playful like in The Girl Who Sees Smells. Nam Joo Hyuk is also better when he hews closer to his real age and acts like a big boy next door. The latest drama teaser has the titular water god showing off his power prowess on a toilet to some less than practical consequences, but everything is given the sheen of romance thanks to the filters and a towel around the neck.

Bathroom edition preview for Bride of the Water God: