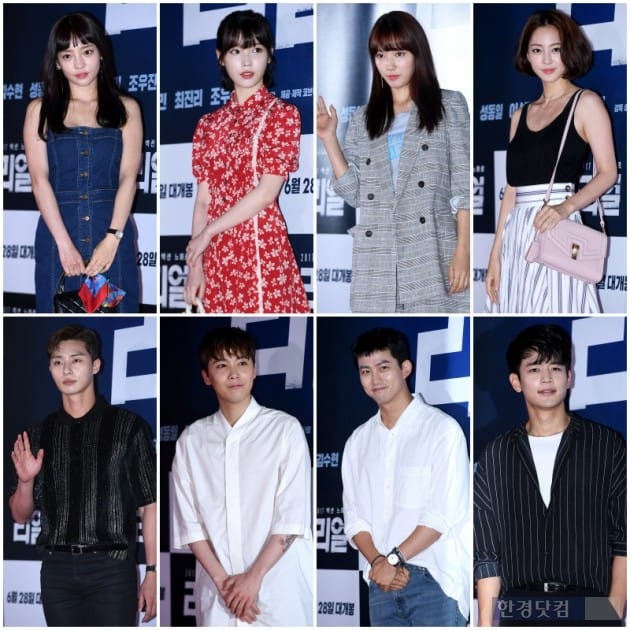 The VIP movie premiere for Kim Soo Hyun‘s summer 2017 thriller movie Real is as much a hot mess as early critic reviews of his movie has been. Namely, a whole lotta raw material but presented all wrong. Even weirder is having some attendees glowering or grimacing through their photo ops, as if being there is against their will and they will all be wearing ugly outfits and even more horrendous pasty makeup jobs to protest. This movie is clearly not boding well for the continuation of Kim Soo Hyun’s big screen hit streak with Thieves and Secretly, Greatly, but maybe it will be a blip on his resume and a lesson learned in picking a script and casting a costar less divisive than Sulli. I hope the movie is at least entertaining enough otherwise I think this roster of star attendees are going to leave looking much glummer than they arrived.