I’ve heard the current buzz in dramaland has been with recently ended tvN drama Secret Forest (Stranger), which got high cable ratings starting over 3% and going up steadily to end with 6.5% for the final episode. I’ve yet to catch up with the darker dramas as summer time I’m in the mood for lighter fare, even light poorly plotted fluff like Bride of the Water God, so I did notice chatter around Secret Forest I didn’t hear much over on the jTBC side with it’s ladies centric drama Woman of Dignity with Kim Hee Sun and Kim Sun Ah. Turns out South Korea is raving and obsessed with this drama as female lead Kim Hee Sun has been the number 1 advertising star in the weekly rankings for three weeks in a row now while Kim Sun Ah is so amazing as the antagonist even her friends and family are all calling to yell at her for being so awful in the drama. Even more amazing is that Woman of Dignity has just surpassed earlier this year’s Strong Woman Do Bong Soon as the highest rated jTBC drama episode of all time. Strong Woman’s final episode got 9.668% and Woman of Dignity’s most recent episode 16 brought in 9.986% ratings. And it’s not even the last episode for Woman which has four more episodes to air so audiences are excited to see if it can break the 10% drama ratings mark. 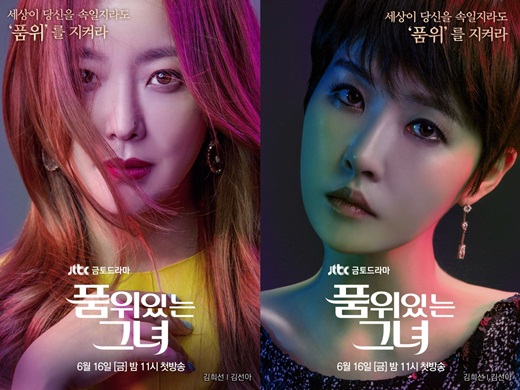