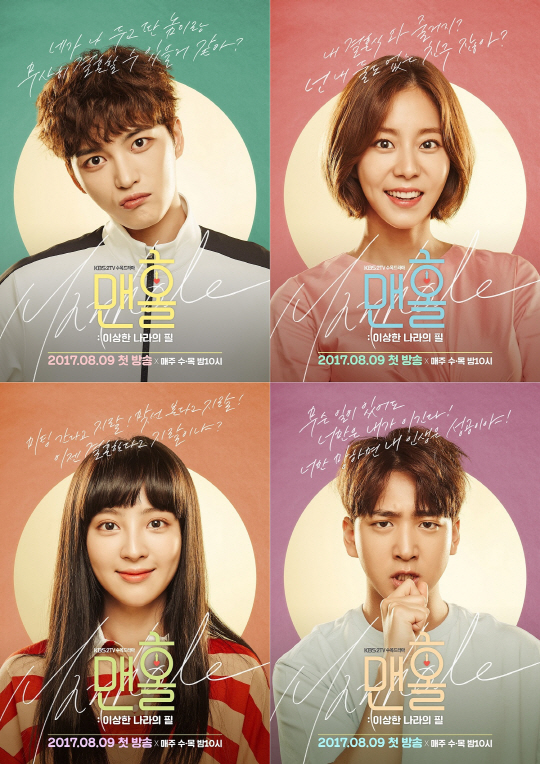 If something doesn’t succeed then sucking so badly as to enter infamy may be a viable alternative to paddling in the middling center of mediocrity. Recently premiered Wed-Thurs KBS drama Manhole (Wonderland’s Feel or Feels So Good) is sliding into so bad it’s memorable for being that bad territory whether it was intentional or note, and frankly judging from the universal disdain and disappointment over this drama is hard to argue that a group of people got together and accidentally made something no one likes to this degree. The drama premiered at 3.1% ratings, dropped to 2.8% for the second episode, the third continued the trajectory landing at 2.2%, and now the fourth episode has the distinction of being the third lowest episode rating of a prime time drama since 2000 by taking in 2.0% AGB nationwide viewership.

In the worst single episode ratings list, in backwards order: