There are many instances for chance encounters but plane sightings are especially lucky for fans since everyone’s cooped up inside the same flying machine. A netizen, who must have been flying first or business class judging from the seats, had a really stupendous spotting of engaged Korean stars Song Joong Ki and Song Hye Kyo together in a now rare moment since news of their relationship broke. When they were promoting Descendants of the Sun and afterwards going to awards shows there were plenty of together moments, and they even shared online many cute pictures that whetted the appetites of DotS lover and shippers alike.

Since news of their dating and impending wedding broke, they haven’t been seen together in public until now and it’s quite a normal moment as the fan on the plane headed to LA snapped a picture of the Song-Song couple chatting with another older passenger. They seem so normal and at ease as expected, though with their end of October wedding fast approaching hopefully they’re on the last bits of wedding prep for the big day. Reportedly they are headed to LA to shoot their wedding portraits which would be fantastic with their choice of beach, city, suburb or mountain vistas. 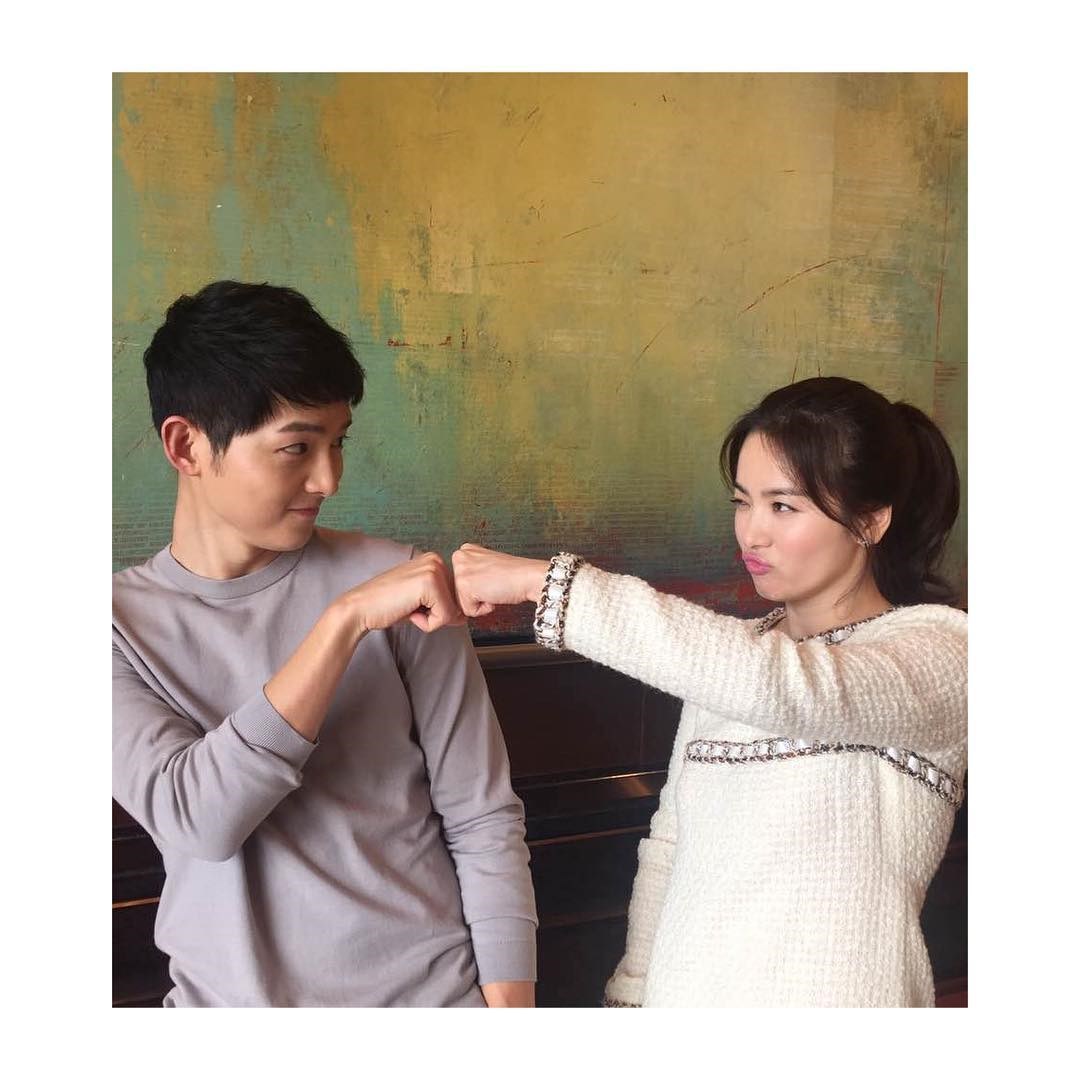