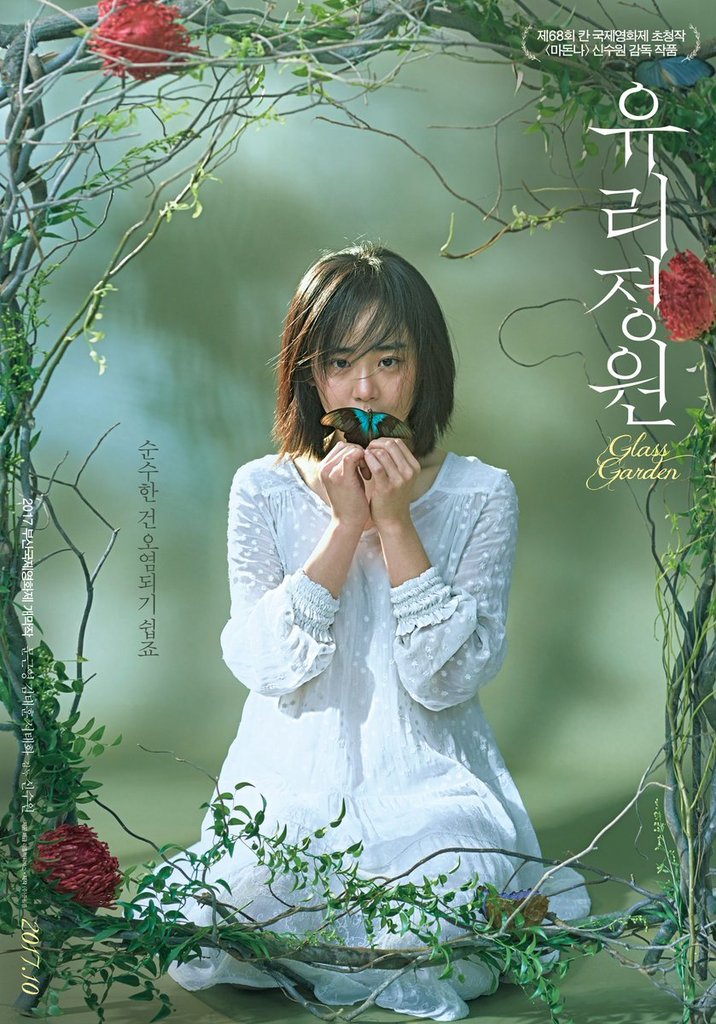 It was a fast news to happening cycle for K-actress Moon Geun Young, not seen in public for over 6 months after she was hospitalized during the run of her stage performance of Romeo and Juliet. She made her first appearance this week at a press conference for her upcoming movie Glass Garden, which was selected as the opening night film for the 2017 Busan Film Festival opening next month. The film is one of the rarer ones directed by a female director Shin Su Won, whose past works have won recognition overseas at Cannes and Berlin. It’s great to see Moon Geun Young take on a movie less high profile and big budget but working for love of the craft and getting to work with a female director. She looks healthy at the press conference except weirdly hunched over with her super long sleeves and over-sized drapey pinstripe shirt. Glad to see her back to business and wishing this full recovery means the end of any more medical scares in her future.