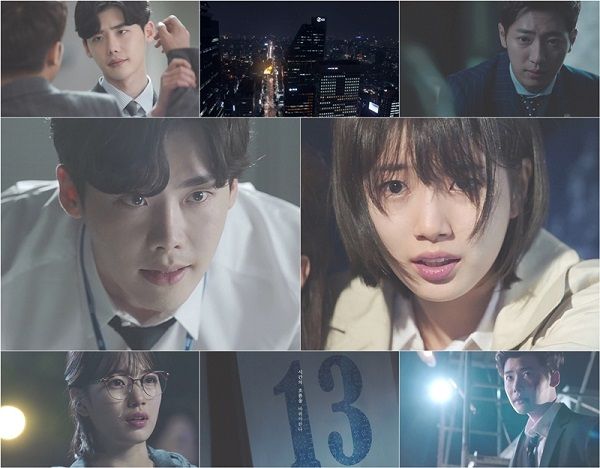 I gotta give screenwriter Park Hye Ryun credit for not being a one-note pony, her dramas manage to toggle humor, romance, and seriousness without being weighed down by any one element. I’ve seen the former two in previews for While You Were Sleeping so far but this is the first time the third element has made a material appearance in promos, with the latest preview we see leads Lee Jong Seok and Suzy in mortal danger and trying to stop others from the same. I don’t quite know how everything works, especially with Suzy’s character’s ability to see the future when she sleeps, but when she’s awake I see chemistry with Lee Jong Seok as he is supposed to play a prosecutor but seems more like a cop trying to solve crime.

Third preview for While You Were Sleeping: