It’s nice to have friends in high places but even nicer to have friends that literally have done exactly the same thing as you so know all the ups and downs. And things are looking up for young K-actress Jin Ji Hee, who doesn’t get as much attention as the three Kims but has quite a solid acting career having successfully transitioned from her child actress days. She did well in K-drama Seonam Girls High School Investigators and this year was in Unni is Alive and a cameo in Fight My Way. With the summer being over now comes the lower profile movies and premiering this weekend is Star Next Door with Han Chae Young as a trouble-making starlet with Jin Ji Hee as her secret daughter living next week. It sounds fun and Jin Ji Hee is totally glowing at the press conference and so are her compatriots who came out to support her including Kim Yoo Jung, Kim Sae Ron, and Nam Ji Hyun, all of whom are also doing gangbusters on their own acting careers. 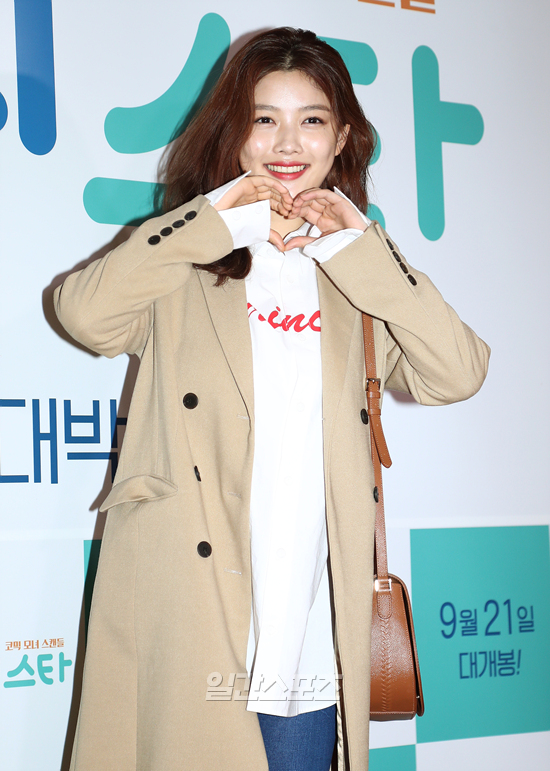