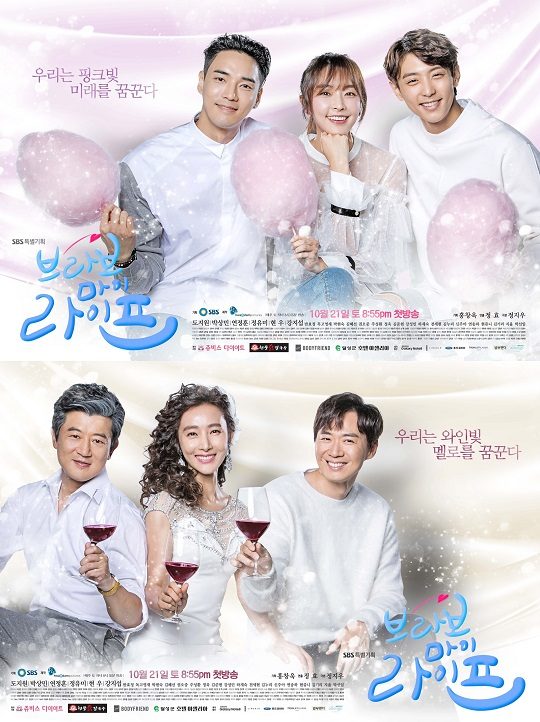 I’ve made fun of KBS Wed-Thurs drama Mag Dog for having truly craptastic photoshopped by a teenager official movie posters, and now SBS joins the bad poster brigade with the release of promos for its next weekend drama Bravo My Life. The drama takes over the time slot from Unni is Alive and the only reason I’m interested in Bravo is that it comes from the screenwriter of many of my favorite long dramas including Ugly Alert, Gloria, and Family Honor.

She also wrote SBS prime time drama Pick the Stars which was fantastically addicting and hilariously fall apart bad in the second half but all told was a memorable watch. So I’m definitely checking out Bravo despite all attempts to subterfuge the potential of this drama by official posters that look it was vomited out the back of a rainbow unicorn with the cotton candy and copious amounts of awfully colored and teased hair. Looks like there are two sets of love triangles with the youngsters Jung Yumi, Hyun Woo, and Kang Ji Sub and the older trio of Yeon Jung Hoon, Do Ji Won, and Park Sang Min.