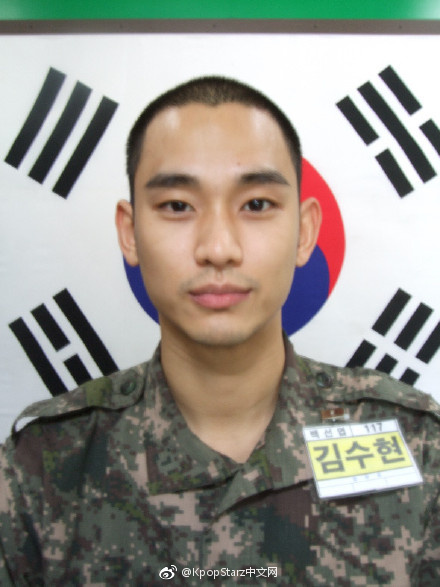 I find the first pictures of Kim Soo Hyun in military service so adorkable I just have to share, he looks exactly as I pictured he would once he shaved his head and put on the standard army uniform alongside his fellow recruits. The picture above is totally South Korean military recruitment ready, with his pretty boy good looks given an earnest brush of real life grizzled feel, on top of posing in front of the Korean flag. Two additional pictures below of him in uniform with his training unit highlights how he still looks like a movie star among us mere mortals, lol. Glad he’s doing well in training and good luck to his continued healthy and hearty army life.