The first OTP teaser is out for MBC rom-com drama I am Not a Robot, still languishing from airing despite the Wed-Thurs time slot vacated by Hospital Ship two weeks ago due to the network strike. Thankfully the strike appears to be over now that the MBC network president everyone was protesting to remove has been fired by the board. I checked the airing date and I am Not a Robot is now scheduled to premiere in two weeks on December 6th, which means this drama will have gotten an unexpected extra few weeks of filming and hopefully create a less rushed product. I love this OTP teaser with leads Yoo Seung Ho and Chae Soo Bin, he’s so bringing in the emotion already and I totally swooned when he said “I wish you were human.” 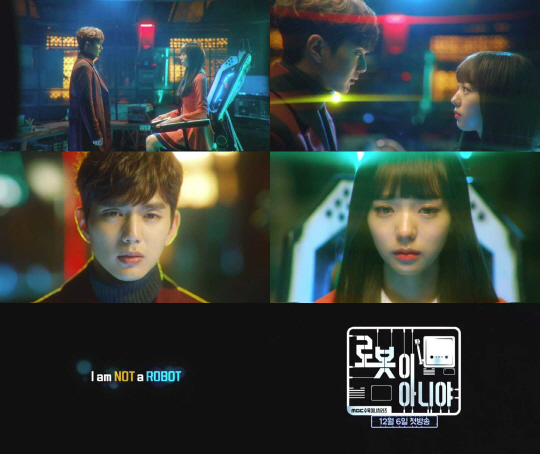 OTP teaser for I am Not a Robot: