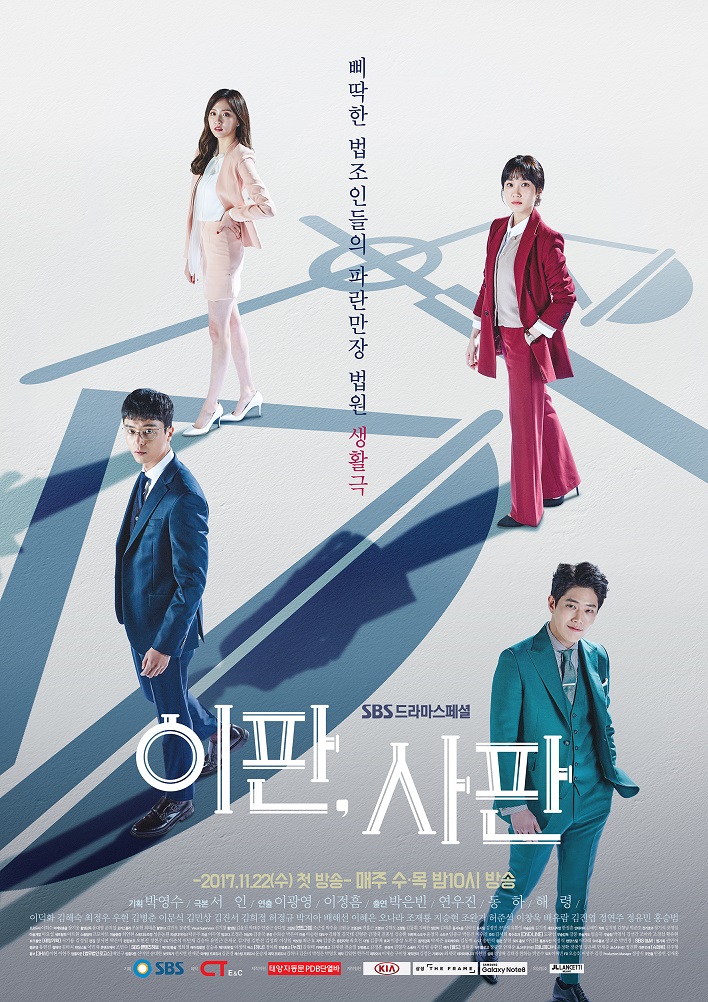 I feel like SBS Wed-Thurs dramas just blended together as the newly arriving one formerly known as Nothing to Lose but now has the English title of Judge vs. Judge is straight up a continuation of predecessor drama While You Were Sleeping, minus the fantasy element of dreaming about the future. There’s the judicial bench, crimes to be prosecuted, and everyone dressing in snazzy legal outfits. Starring Yeon Woo Jin and Park Eun Bin as the leads both playing young judges on the Korean court, he’s the methodical brainy one and she’s the fiery klutzy one, fitting the usual opposites attract setup of K-dramas but at least no neither is super rich or dirt poor. The above poster looks nice but the two below showing the cast in court are too awful for words. While You Were Sleeping was an unmitigated ratings disappointment for the network vis-a-vis the hype and star power so who knows maybe Judge vs. Judge will rustle up more ratings.

Preview for Judge vs Judge: