It’s such a shame that my first acting experience watching rising young actor Yang Se Jong was in the SBS drama Temperature of Love. I’m going to blame screenwriter Ha Myung Hee for tainting my impression of him negatively, when by all accounts for those who watched him earlier in the cable drama Duel he did an incredible and credible job playing a human cop and a clone of said cop. There is still a dearth of young actors in the early to mid-twenties coming up the pipeline now that the ’86, ’87ers are all off in the military and I sure hope his next drama role revives his onscreen presence to one of intensity because he was so lukewarm and mealy in ToS it was like watching two pandas (one ornery and the other passive) attempt to court each other with him and leading lady Seo Hyun Jin.  His latest pictorial for Bazaar Korea does a fine job showcasing visually why he’s so promising as an up-and-coming leading man, with the height and boy next door good looks. 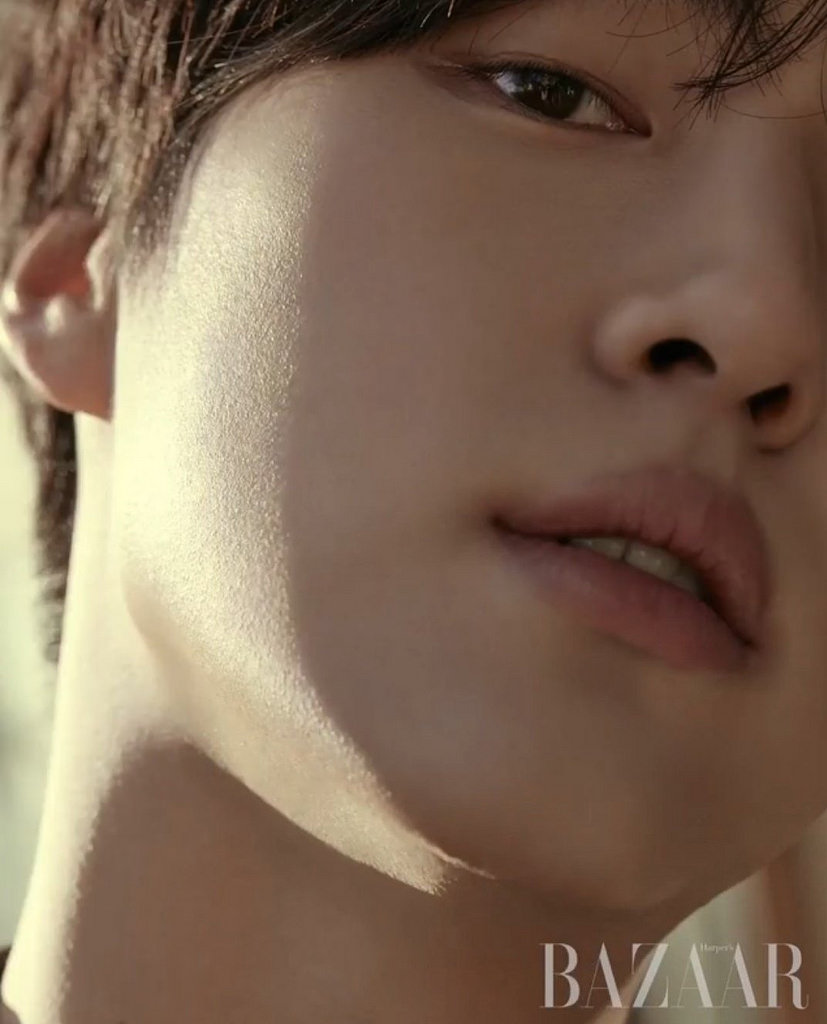