It’s so darn cute, or too much pretty in one frame, to see China’s top actresses all hanging out together at the 2018 Weibo Awards. Seated in a row and captured by cameras were Yang Mi, Angelababy, Ni Ni, and Liu Shi Shi, and actually Guli Nezha as well once the cameras panned out further. There were a few more big names to add to this lineup to really complete the who’s who of current C-ent IT girls such as Crystal Liu,  Zhao Li Ying and Tang Yan but this is really something already to see so many big starlets catching up behind the scenes. All of them started out young in their late teens and in the last decade have truly paved their own way on par with the earlier generation of top C-actresses such as Zhao Wei, Fan Bing Bing, and Zhou Xun. I’m excited to see what acting performances and projects they unveil in 2018, along with new and exciting red carpet fashion pics. The outfits at the Weibo Awards remain different and playful bu no one really wowed me. 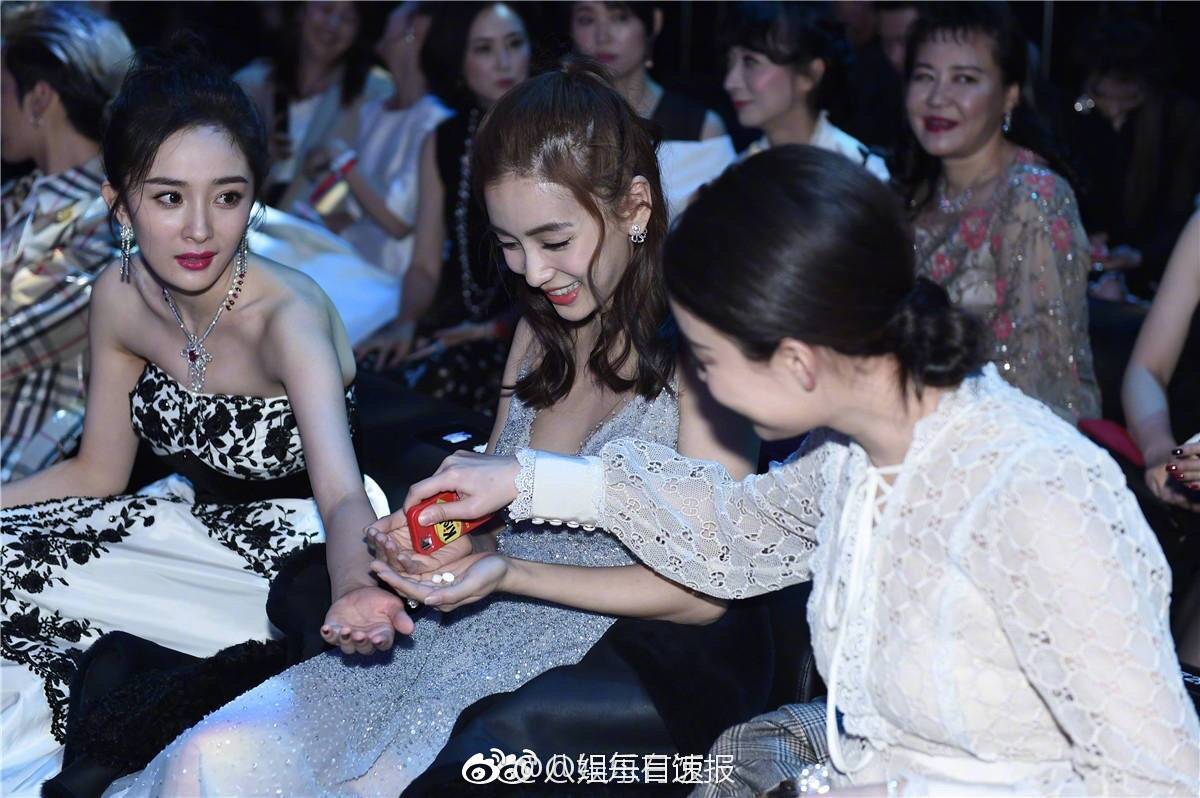