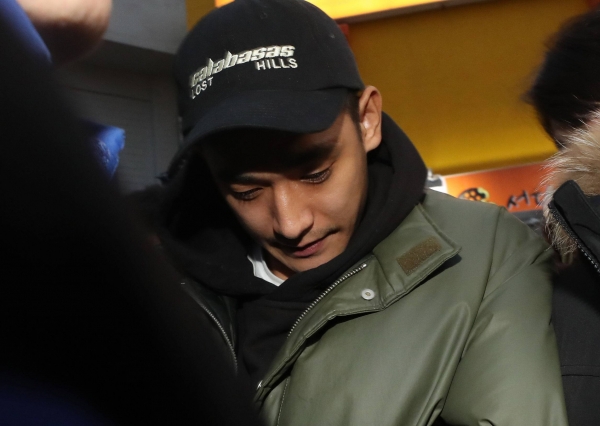 The police were reported tipped off to his drug use in Australia so was waiting to arrest him when he arrived, and Jung Seok Won’s side has apologized and accepted responsibility, saying he was curious when offered meth at a club and tried it for the first time. Riiiiiight. Anyhoo, any celeb should just refrain from breaking the law, doesn’t matter if other stars are doing it, why put oneself in the position of being busted as a smoke screen. Jung Seok Won has finished the first police investigation and has been released due to having no priors and not seen as a flight risk.