I’m happy to share an update on the recovery status of K-actress Han Ye Seul from a botched lipoma removal surgery last month. She posted an SNS selfie which was later expanded with two cute additional pictures posted by her good friend and fellow actress Jung Ryeo Won. Han Ye Seul looks amazing with blond hair and rocking the oversized blazer with tank top and jeans combo. She appears to be out of the hospital which is a good sign, though the extent of the medical malpractice that resulted in a horrible incision wound area remains to be seen whether she can fully recuperate to the point of not leaving a permanent scar. 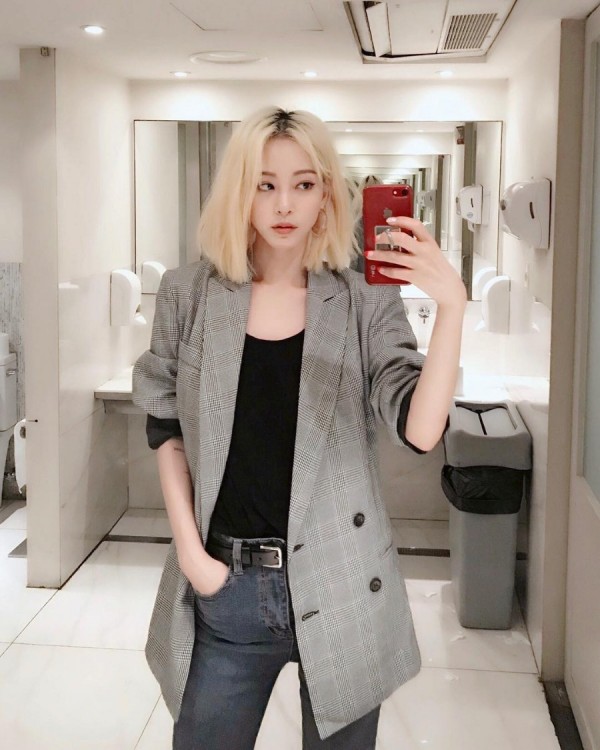