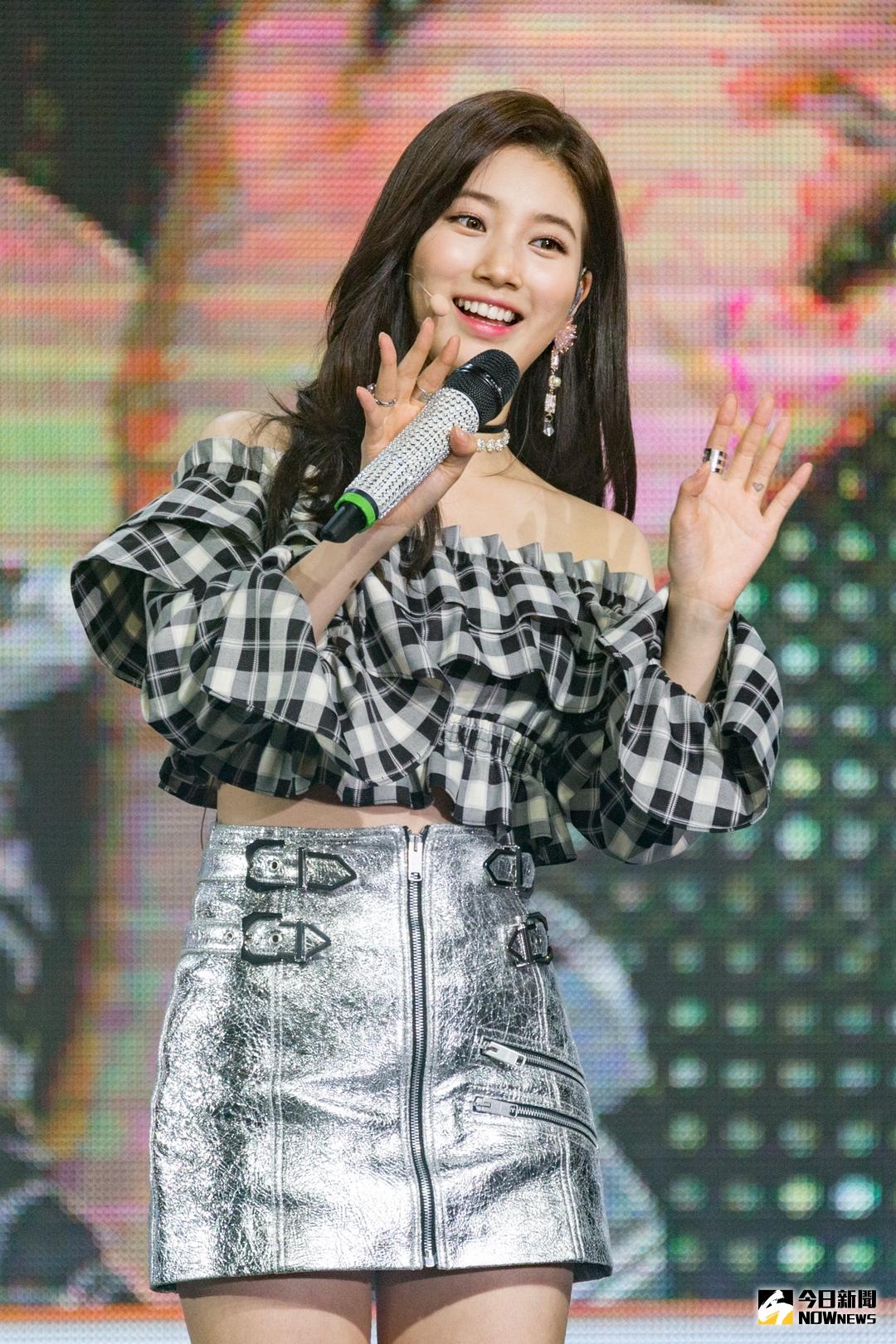 Taiwan is the place to be for K-ent singer-actors as one after another has in recent weeks gone there for fan meetings. There was Lee Seung Gi three weeks ago, Choi Si Won two weeks ago, and now Suzy last week. Suzy is quite popular there though perhaps not as insanely popular as she is in South Korea, a feat I’m still puzzled by since K-netizens also skewer her acting on a daily basis. For the Taiwan fan meeting, her choice of outfits is also puzzling in its tackiness but she pulls it off by the combination of chutzpah and youth. She does radiate wholesome healthy charm along plenty of peek-a-boo sexy for the uncle fans with extremely short hemlines. She’s still deciding between her next drama projects – either People of Incheon Airport with Park Bo Gum or Vagabond with Lee Seung Gi. It’s like she can’t go wrong with either.