The ailing in ratings rom-com genre got a much needed heart restart this year with the success of Why Secretary Kim, and last year the somewhat rom-com-ish Strong Woman Do Bong Soon was also a much needed jolt. The PD of Why Secretary Kim, who also directed This Life is Our First, Bring it On Ghost, and the first two seasons of Let’s Eat, has already selected his his K-drama to direct. He’ll be adapting the web novel Touch Your Heart which sounds and looks similar to the vibe of Why Secretary Kim. It’s the story of a top actress whose career suffers due to a dating scandal with a 3rd generation chaebol and is desperate to land a role in a K-drama by a famed screenwriter. She goes to Korea’s top lawyer and pretends to be a normal girl and gets a job as his secretary. The webtoon is the secret office romance between a capable lawyer and his secretary who is really Korea’s top actress. The drama has already been picked up by tvN to air in the first half of 2019. 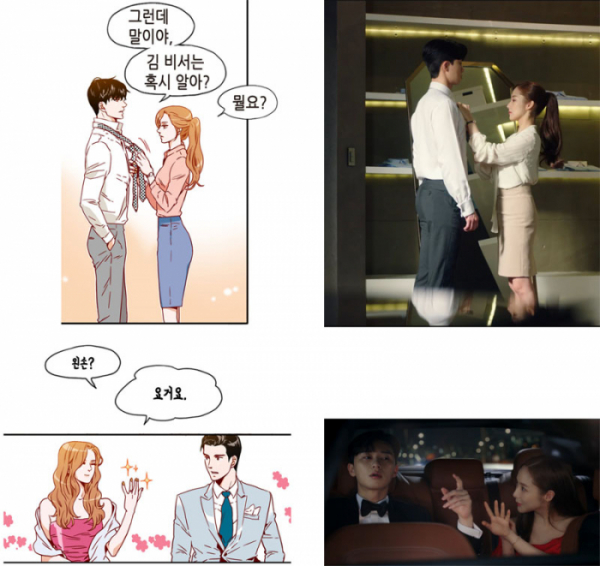