It’s been 10 years since K-actor Song Joong Ki debuted and I can’t think of anything he could have done differently to achieve greater success than what he actually accomplished. It was both slow and steady without working nonstop, yet he reached the pinnacle of Hallyu fame and critical acclaim in a pretty short period of time. His agency Blossom Entertainment released the poster for his upcoming Seoul fan meeting to celebrate his 10th anniversary and I thought it fun to assemble a visual scrapbook of Song Joong Ki’s evolution and development as an actor.

Starting from his bit part playing a reporter in a scene in 2007 K-drama Get Karl Oh Soo Jung, his first real roles started in 2008 weekend drama My Precious You and erotic sageuk movie A Frozen Flower. He then did Triple and broke out with SungkyunKwang Scandal, got the serious actor recognition with the guest starring role in Tree with Deep Roots, and really reached top tier actor status with Nice Guy and A Werewolf Boy. Then he went to the military and came back to blow his own career achievements away by the worldwide hit Descendants of the Sun. Oh, and he also married  one of South Korea’s top known beauty and famous actresses in wifey Song Hye Kyo. Yup, all in ten year’s work. 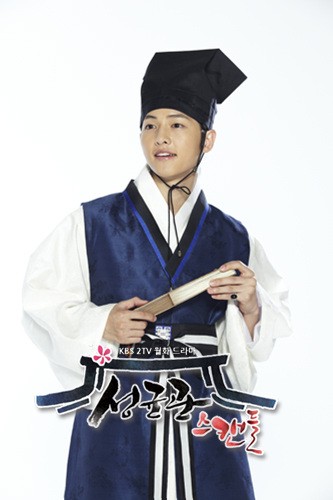