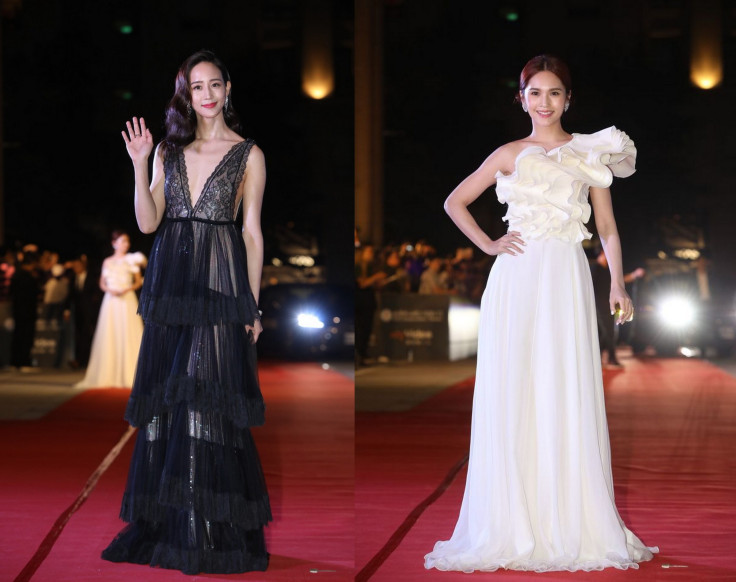 The 2018 Asia-Pacific Film Festival (the 58th year) took place in Taipei among the rotating host countries and hoo boy was it a veritable shit show that the Taiwanese media is covering like mosquitoes over fetid water. The organization was so bad with unending complaints from poor scheduling, lack of communication, food problems, and star attendee mix-ups it sounds like a high school awards show rather than an international renowned event. With all the problems its even extended to the attending stars as poor Rainie Yang got flack from the media for not attending an event when she didn’t even know she was supposed to be there, lol. At least she look fabulous in white walking the red carpet, the dress is close to over powering her petite frame but I love the structural one shoulder ruffles morphing down into a soft cascade gown. Other standouts include Janine Chang and Puff Guo, both went with black and Puff’s embroidered puffed (heh) sleeves give her the edge.