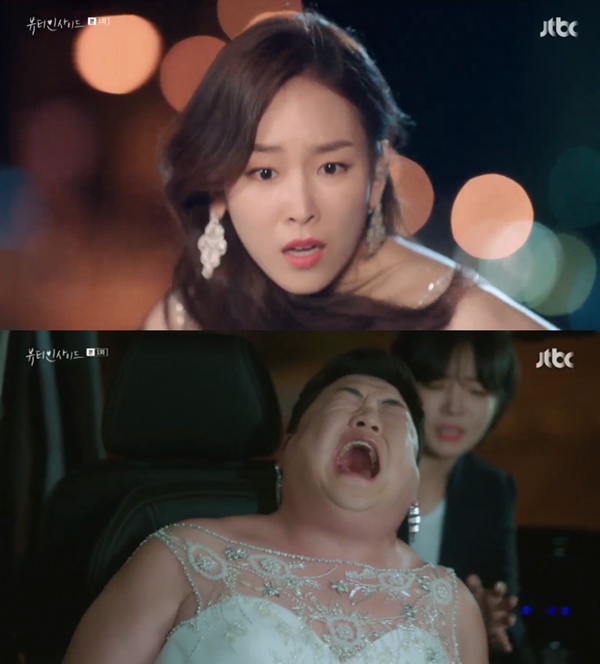 When I heard that K-actress Kang Sora was going to cameo in the jTBC drama adaption of The Beauty Inside, I totally thought she was going to play one of the forms that female lead Seo Hyun Jin changes into. Turns out Kang Sora cameos as herself presenting a Best Actress award to fellow top actress character played by Seo Hyun Jin at a star-studded awards ceremony when then goes awry in the worst possible nightmare way for our poor afflicted female lead. On her way to accept the award, Seo Hyun Jin senses a transformation is about to occur and is forced to turn tail and run with cameras, media, and her fellow actors and actresses watching. It’s like a nightmare when you’re giving a speech naked or crap your pants when you’re being proposed to but times a million. The scene is beautifully filmed like Cinderella leaving the ball at midnight complete with a lone shoe left behind on the outside steps. Her character then transforms into large-sized male comedian Kim Joon Hyun who screeches like a woman inside the safety of the star van about losing her limited edition heel while bursting out of her awards gown. It’s super hilarious and I love this drama already!

First change scene in The Beauty Inside: