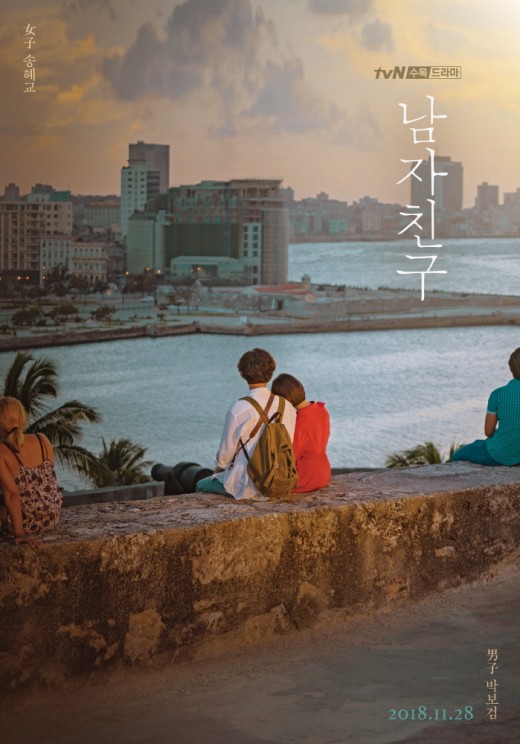 Now this is what I called a bravo effort for a K-drama teaser! The first preview is out for tvN romance Encounter(Korean title Boyfriend) starring high profile A-list leads Park Bo Gum and Song Hye Kyo and their involvement isn’t wasted as the production dropped a gorgeous and gloriously stylized teaser. Set in the location shoot scenes in Cuba, the teaser has the carefree young Park Bo Gum exploring the city before crossing paths with a melancholy Song Hye Kyo shown in black-and-white to his colorful cheer. Their encounter pushes his color into her dim world as the wave in the break water dramatically transforms the backdrop and also their expressions of joy upon seeing each other. This drama officially looks so good!