The last few years have been meh with the Golden Horse Awards, the Chinese-language film equivalent of the Oscars, due to flagging star-studded movies and creativity that also connects with the mass public. This year the ceremony staged a revival with so many famous stars and directors in attendance I was having whiplash. Acclaimed veteran director Zhang Yimou finally won his first Best Director award for his artsy wuxia film Shadow, but the film lost out on Best Film to an art house 4-hour long movie An Elephant Still Standing which took home the highest honor of the night yet sadly the young novelist-turned-director Hu Bo committed suicide last October 2017 at the age of 29 after suffering from depression and getting into a disagreement with the movie’s producer. His mother accepted the award for him and tearfully got a hug from director Ang Lee. I felt this year’s Golden Horse returned to glamour and meaning and the star nominees and attendees included Gong Li, Andy Lau, Hu Ge, Carina Lau, Zhou Xun, Chang Chen, Deng Cao, Sun Li, Roy Qiu, and many more. The fashion was lovely or different with the most unique being teen winner of the Best New Actor award the ethnic minority Si Pagoyod wearing his tribal attire. 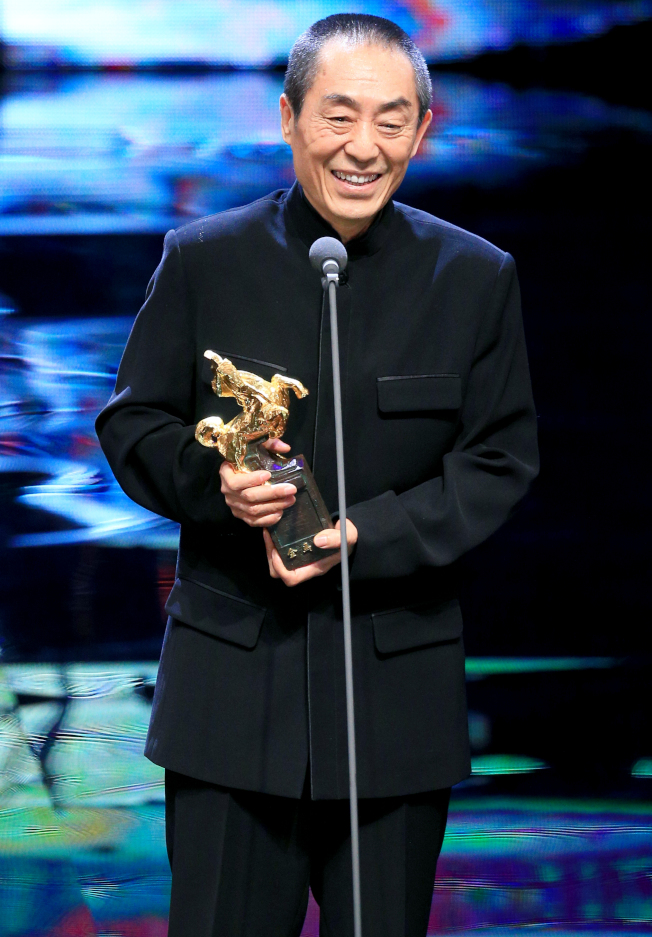