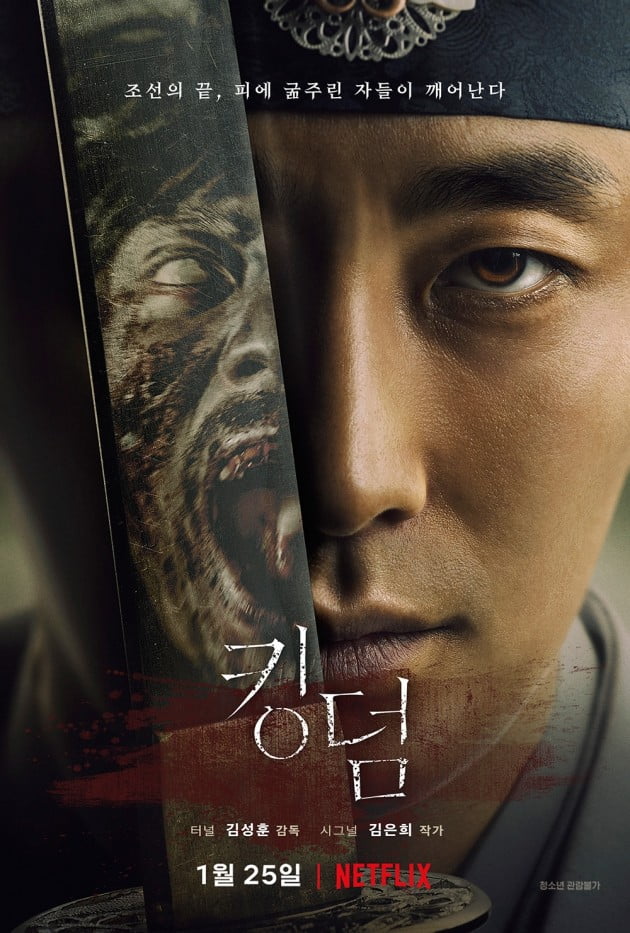 The second to arrive on the Joseon zombie genre has a middle height hurdle to vault to be the better of the two, and honestly I think it will based on the production scope. Netflix drama Kingdom will air in January 2019, a few months after the K-movie Rampant (Outbreak) with Hyun Bin and Jang Dong Gun dealt with the same theme of political conspiracy crossed with attacking diseased outbreak. Rampant was a box office leader for two weeks but due to the high budget and middling word of mouth the final domestic haul was high but not enough alone to recoup its even higher budget. One of the criticisms was the lack of character development which is hard to do in a two hour movie but for an 8-episode drama I totally see how Kingdom could be a rich and intense tapestry, especially with screenwriter Kim Eun Hee of Signal, Three Days, and Sign behind the script. The first official drama poster just dropped and is a visual treat with Joo Ji Hoon’s face covered by his sword reflecting the scary face of a zombie. 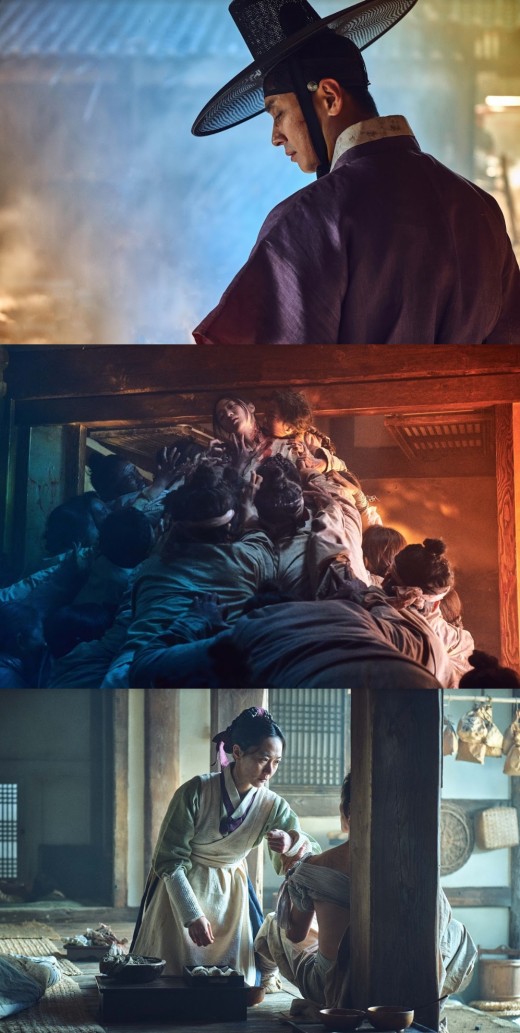