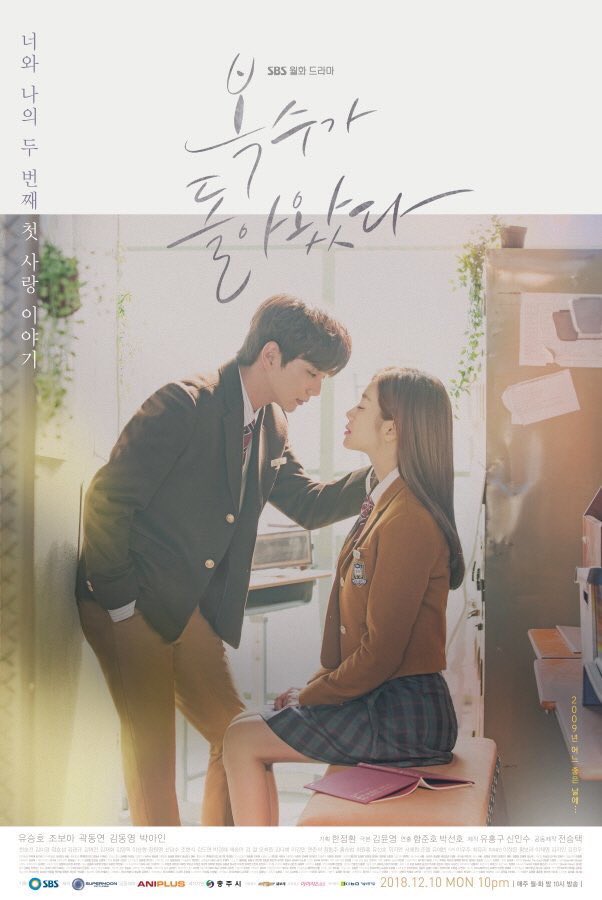 Now that the high profile December K-drama arrivals are done with, I can go back to anticipating a potentially fun and fulfilling smaller scale drama with SBS Mon-Tues premiere of My Strange Hero (Bok Soo is Back) next week. It all about my Yoo Seung Ho love and he’s on a rom-com streak lately so I’m hoping My Strange Hero is even better than his last drama I am Not a Robot. Costarring the talented and fast rising Jo Boa with Kwak Dong Yeon as a fantastic pick for second male lead, the drama shows us the three interacting in high school with mostly comedic and some serious elements, and then picking up in the present time where the three are thrown back together and forced to properly deal with their past conflicts while paving a positive way forward. I’m hoping the romance isn’t forced and the friendship and personal growth aspects get proper development. It’s never too late for second chances in life or love.

Third teaser for My Strange Hero: