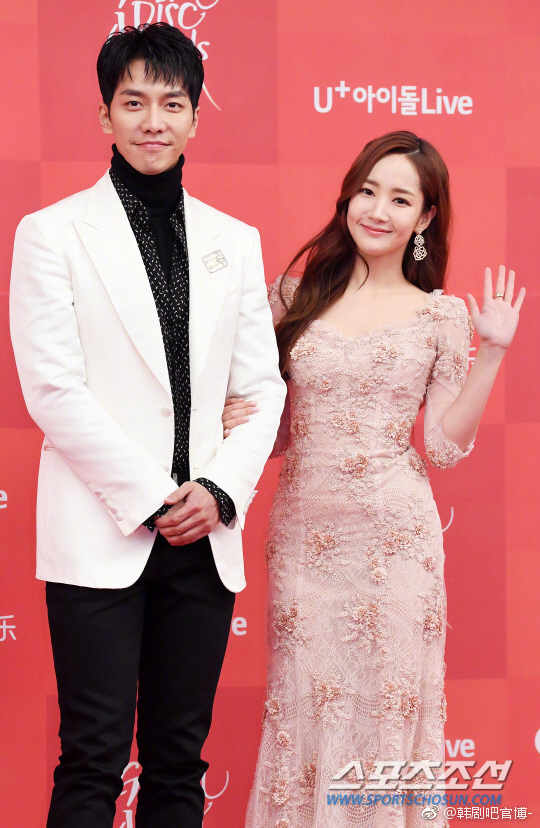 I thought all the K-ent awards show were over but 2019 is a mere 5 days in and we have the 2019 Golden Disk Awards to kick off the trophies of this year, or maybe extend the awards ceremony glut from December. My interest in this music awards is purely that the producers got actor-singer-variety star Lee Seung Gi and actress Park Min Young to host, providing a chance to see the two paired together. In the dozen or so actors and actresses from that generation, these two haven’t done a drama or movie yet so its only a matter of time. I think they would make a compelling romantic OTP but for this awards ceremony they are hilariously mismatched in outfit color scheme, texture, and style. Still they are both charming and very easy on the eyes, and hopefully did a nice job MCing the event. 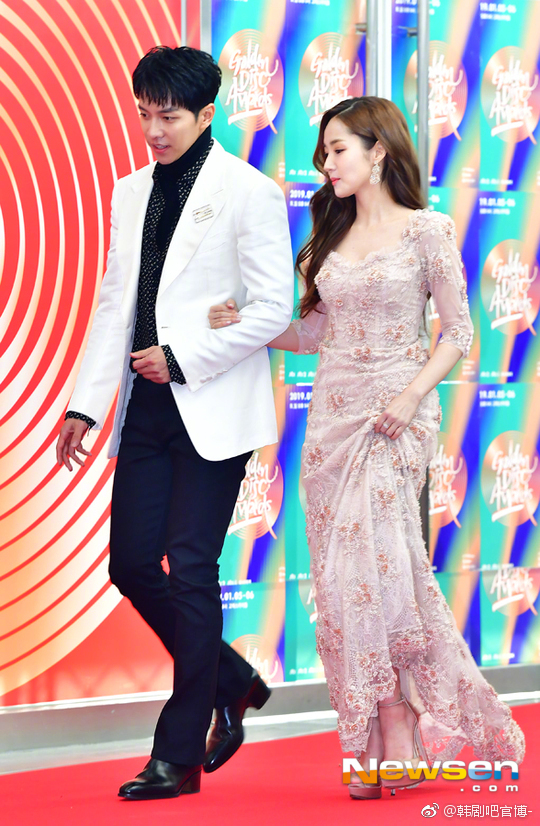 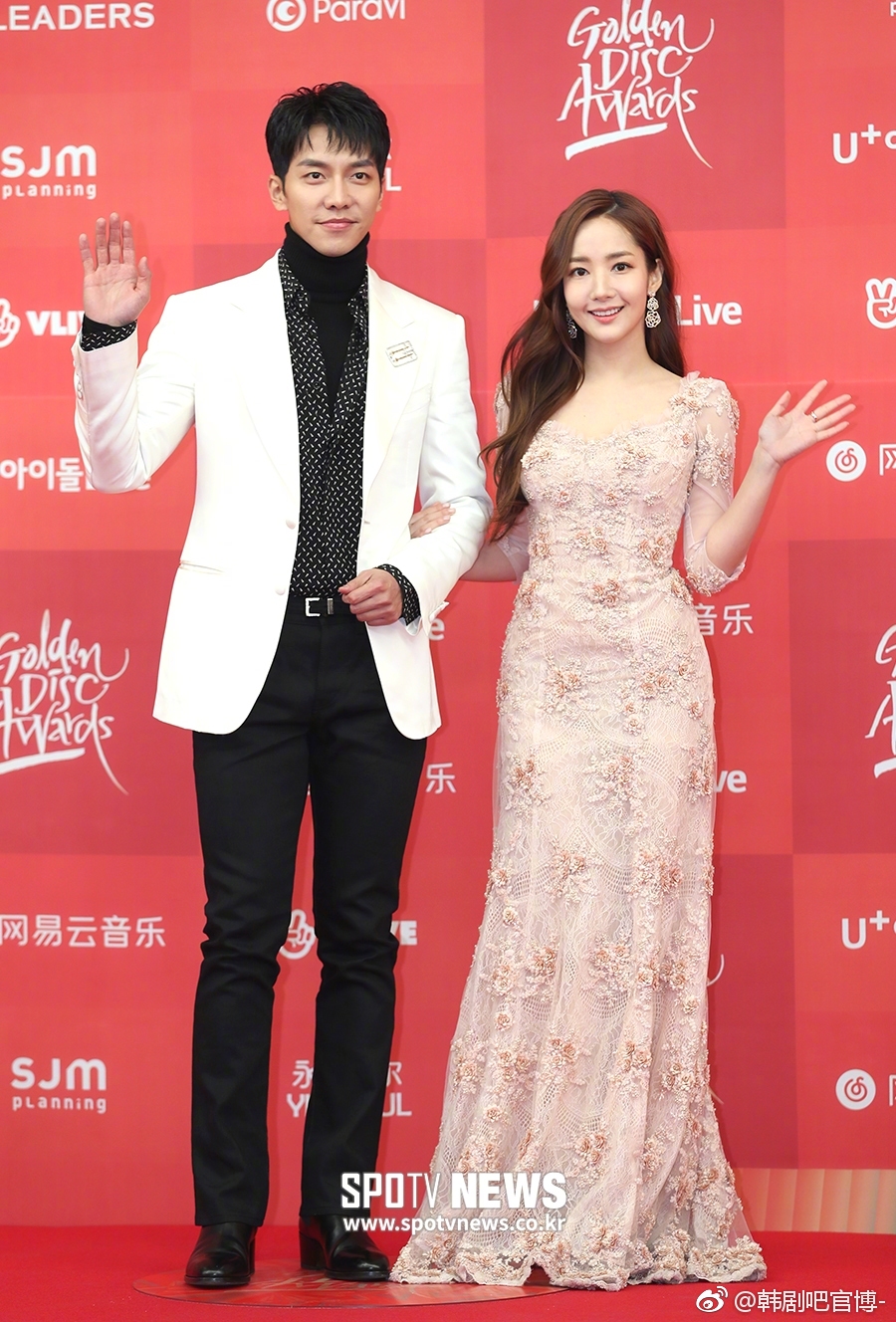 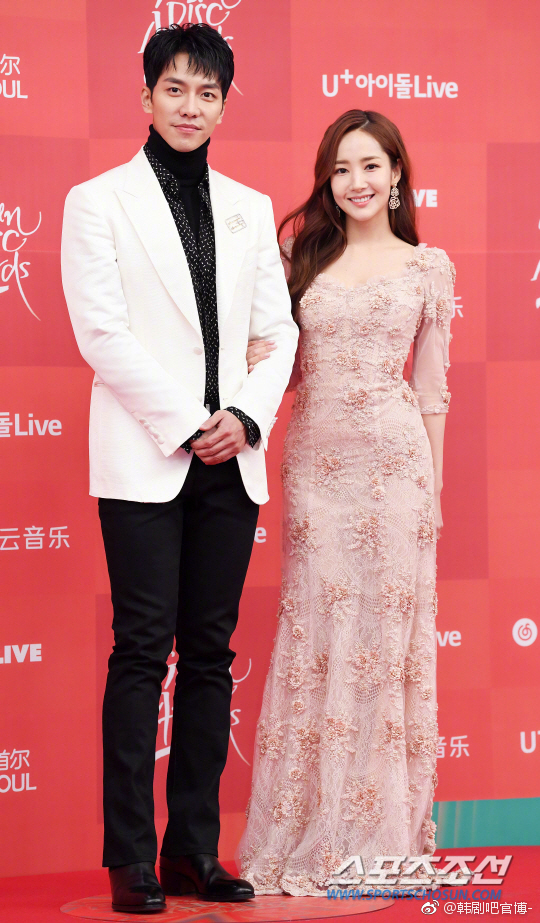 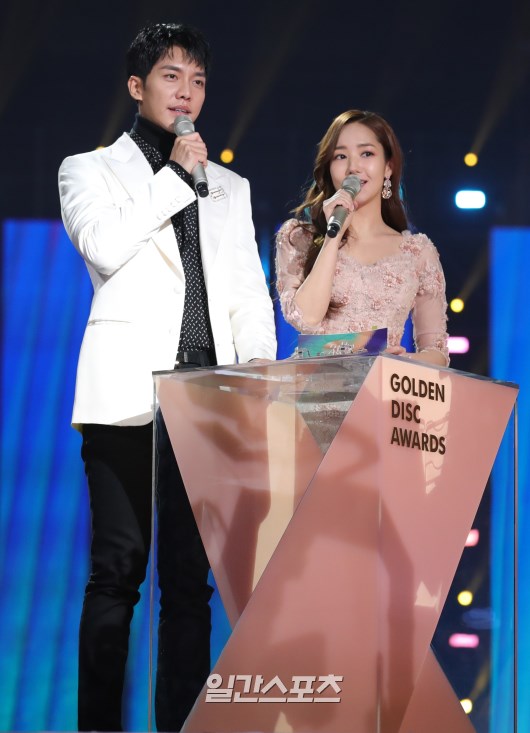