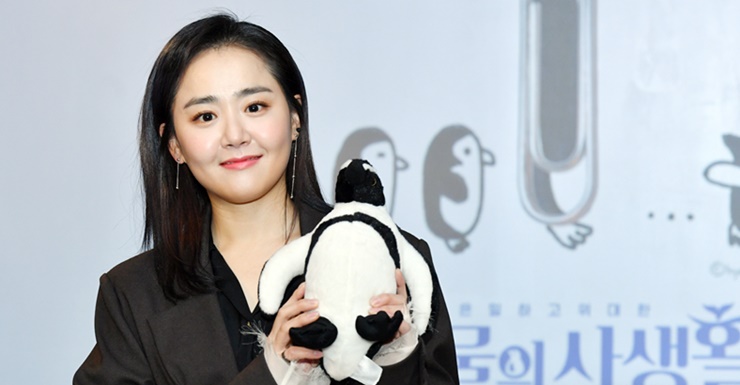 It’s a new year and for the first time in two years K-actress Moon Geun Young will be back on the small screen. She’s participating in variety program The Secret and Private Lives of Animals which was filmed late last year and looks to involve adorable penguins. I’m thrilled to see her returning to the entertainment world albeit in a variety setting rather than with a drama or movie, hopefully this first step will lead to her taking on acting gigs soon because I feel this strong resurgence in K-dramas led by the cable networks with an emphasis on stronger female characters (to a degree). She looks super chic and adorable at the show premiere, I’m loving the simple sleek hair, long earrings, and menswear look.