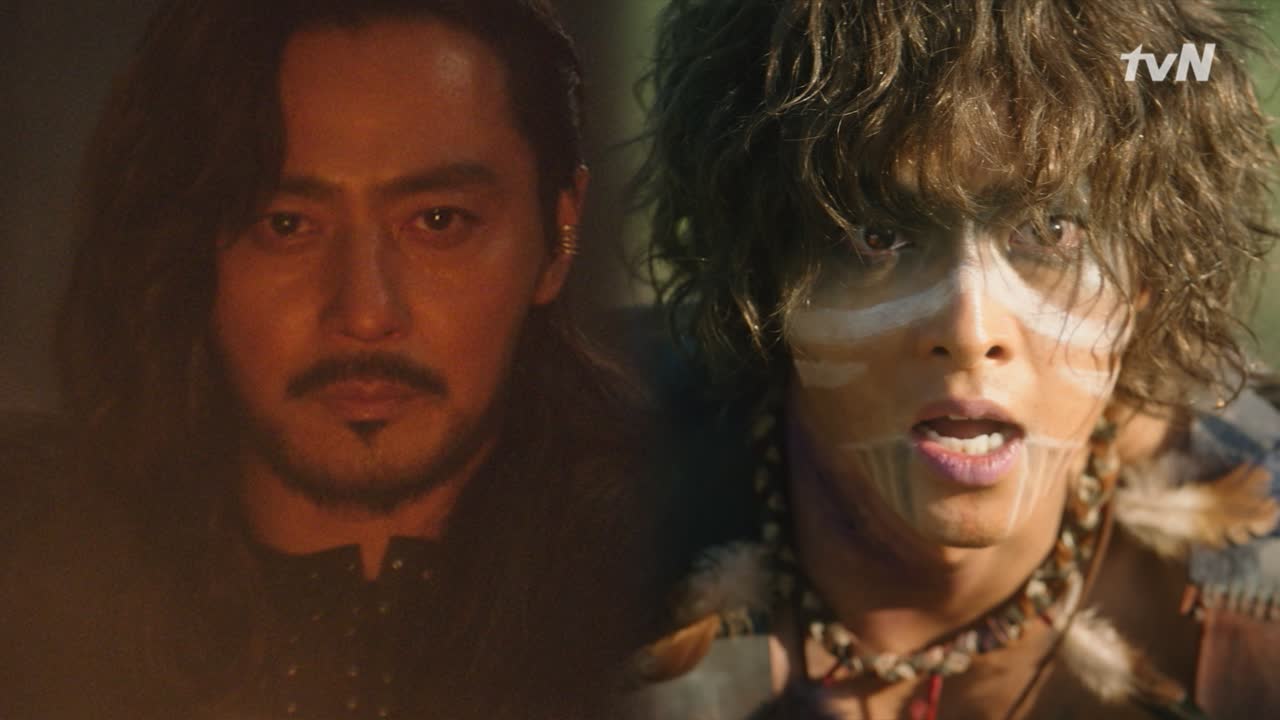 I’ve been following along with SBS big budget thriller drama Vagabond more closely so when it was pushed back from May to September to accommodate a simulcast on Netflix I was all mopey about the additional wait. I totally forgot that tvN is premiering on June 1 the epic legendary era sageuk drama Asadal Chronicles so seeing the first teaser drop today was a happy surprise. Now I have a summer drama to binge watch and Asadal Chronicles looks like a mashup of The Legend (The First King’s Four Gods) and Jumong. It’s empire building, tons of supernatural and fantastical elements since it’s so early in Korean history, and Song Joong Ki in face paint and curly hair. I’m so in lol!