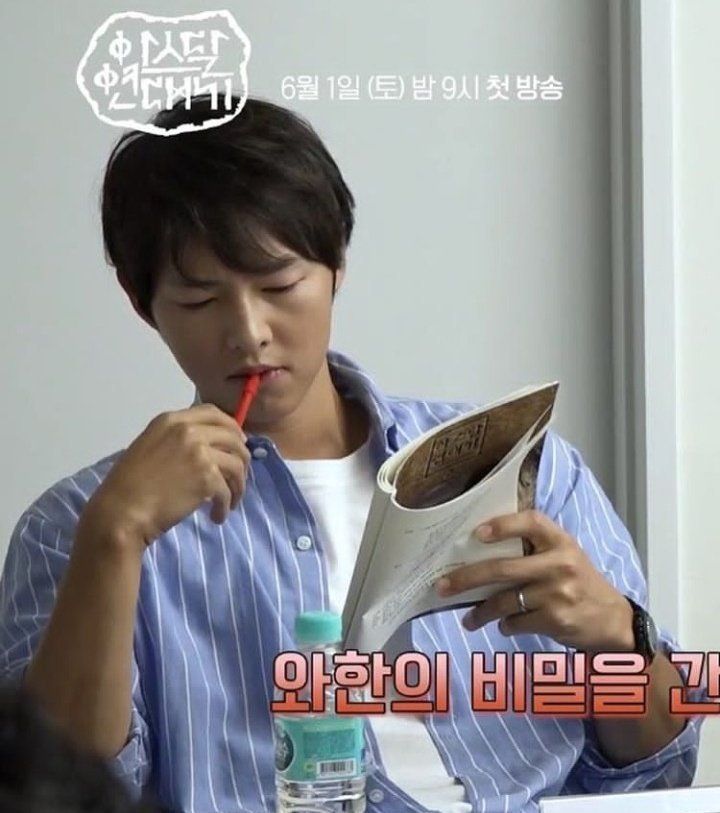 Earlier this year after Song Hye Kyo finished filming tvN romance Encounter, she deleted some Instagram pictures including ones with her and husband Song Joong Ki, and was also spotted at airports and events not wearing her wedding ring. Both of which could be totally innocuous, celebs purge Insta for various reasons and not wearing a wedding ring when traveling or attending events is normal. But since we’re talking the high profile Song-Song couple, her actions led to weeks worth of news coverage in Korean and Chinese papers and shows about how there was marriage trouble and even alluding to cheating. Sigh. Both agencies issued a statement that the speculation isn’t true and didn’t dignify with anything further. Of course the news cycle died down but this week it came back after the script reading video for Arthdal Chronicles showed male lead Song Joong Ki wearing his wedding ring. Now all the news reports are saying the couple is doing fine and the wedding ring is proof that all is well.