tvN hasn’t premiered Arthdal Chronicles yet but managed to hold both the press release media part and the drama wrap party on the same week. It’s all due to extensive pre-filming which made this drama hit the fully pre-produced mark mere days before the first episode airs on June 1st. In attendance were leads Jang Dong Gun, Kim Ji Won, and Kim Ok Bin while Song Joong Ki was notably MIA likely due to scheduling conflicts. The foursome has been out promoting the drama a lot this week and everyone’s looking mighty fine with good hair and good smiles all around. Tomorrow is D-day for Arthdal with a chance to wow with the spectacle or land like a thud from the off base attempt. 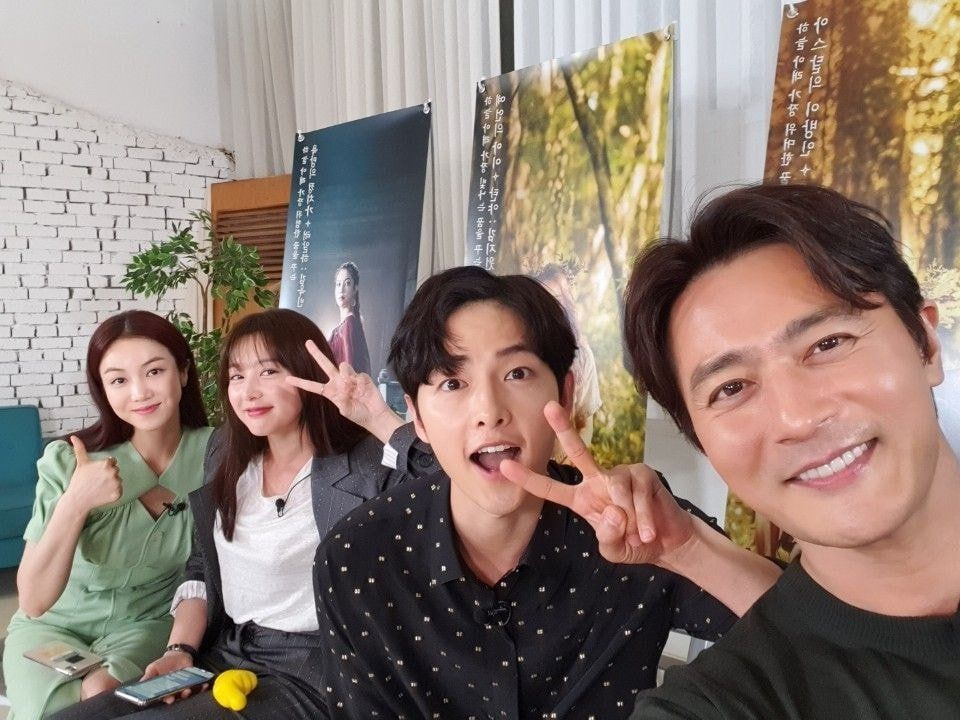