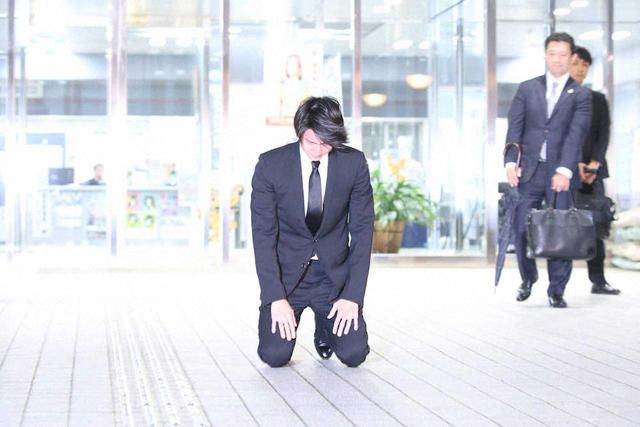 Well this is certainly very very over-the-top. Japanese actor and singer Taguchi Junnosuke, best known for being in boy band KAT-TUN, was arrested last week along with his actress girlfriend Komine Rena for possession of marijuana. He’s been in jail for the past week and was released today from custody and the media was waiting outside for him. Upon stepping out of the police station, he full on yelled an apology, then got down on his knees before completely bowing with his head on the ground for a good 15 seconds in abject apology. All this for pot use, bro really needs to live in the US. Not condoning any drug use in Japan since everything is still illegal there but goodness seeing so many other stars in recent months committing way worse infractions, makes Junnosuke look like he’s overreacting and should just bow low standing up and then go reflect.