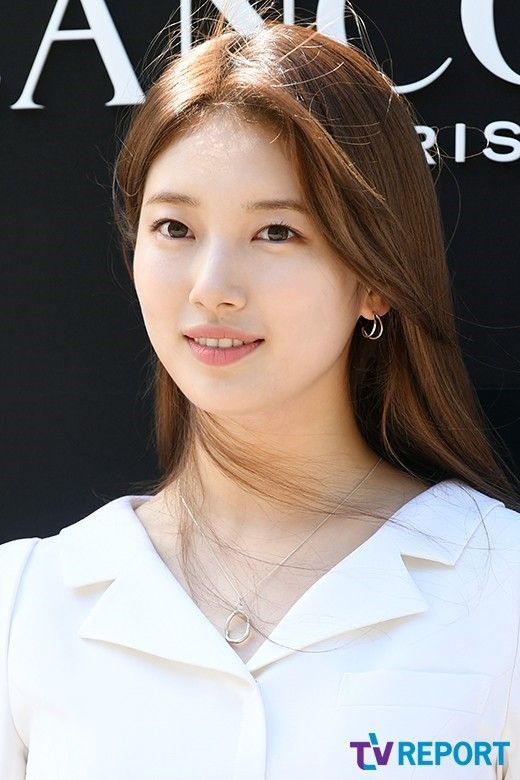 Movies may be K-actress Suzy‘s next stop and she’s got one success and one failure in that medium. She hit it big as the younger role for Architecture 101 but flopped hard when she headlined the sageuk The Sound of a Flower. Today came reports that she’s been offered the female lead in Late Autumn director Kim Tae Yong‘s next movie. The details aren’t revealed yet but his style is really thoughtful and slow burn in the types of movies he writes or directs. It would be a huge step forward for Suzy if she accepts the role. Until then, she’s got the SBS drama Vagabond on deck for a fall release and she continues to chug along with her strong CF career, and this week she attended the Lancome event looking simple in a white dress and clean matte makeup.