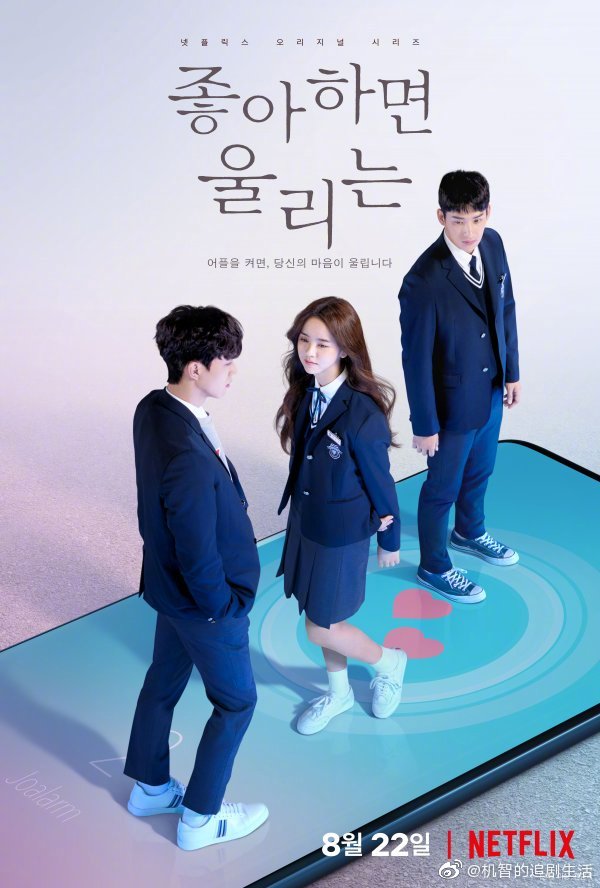 The first poster and teaser preview is out for Netflix produced K-drama Love Alarm. It’s on the smaller budget and scope scale compared to other recent Netflix like zombie Kingdom or early history Arthdal Chronicles but this one has the right audience in online youngsters looking for a cute few hours to pass the time. Love Alarm is adapted from a webtoon telling of a world where an app can alert an user to when someone who likes that person is within a certain distance circumference. I thought that was what Tinder was for but apparently this app doesn’t require any swiping, heh. Kim So Hyun puts back on a high school uniform and finds herself caught between friends Song Kang and Jung Ga Ram as boys who like her/she likes. The teaser looks pleasant enough, I’m totally gonna binge watch come August 22nd when this drops on Netflix.