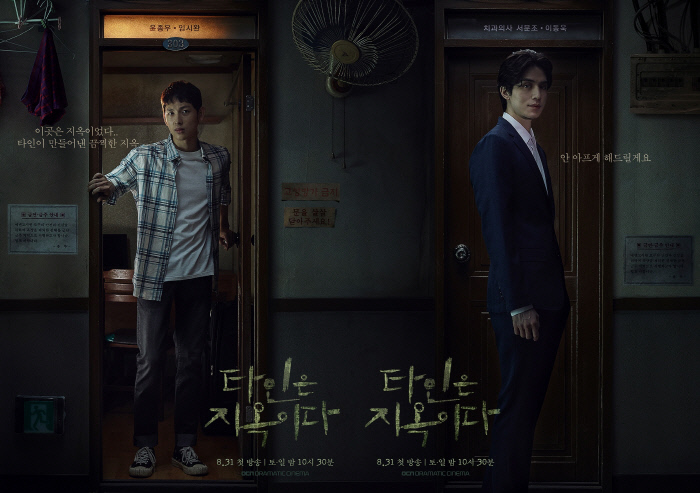 The shit is creepy as hell, totally pun intended. The posters and first stills are out for upcoming tvN drama Strangers From Hell (Hell is Other People) adapted from a popular and creepily drawn webtoon of the same name. It’s idol-turned-actor Im Shi Wan‘s first drama post military discharge and joining him is Lee Dong Wook, Lee Jung Eun, Lee Hyun Wook, Park Joo Hwan, and Lee Joong Ok as the strange residents of a cheap apartment in Seoul. I didn’t read the webtoon and thought strange residents meant weirdos but the posters make everyone seem straight up demonic/possessed/serial killers under the same roof. If the intention was to creep me out the drama has succeeded, now I’ll have to watch with the lights on.