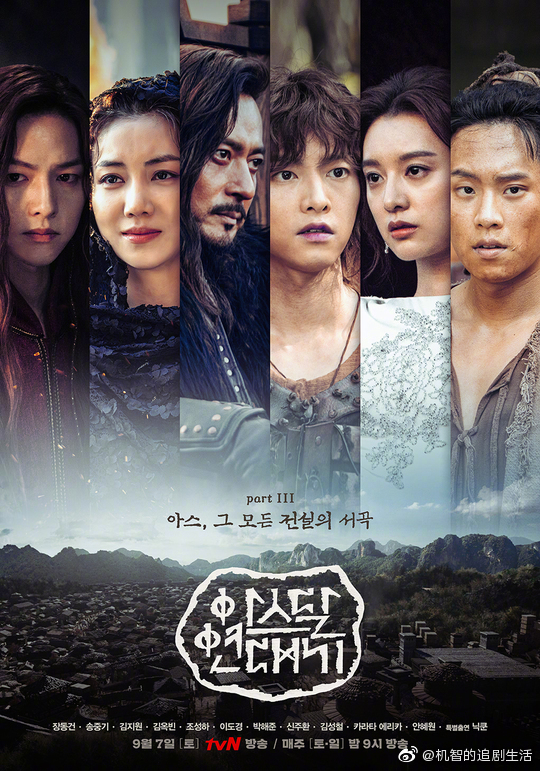 Summer of 2019 is ending and will bring with it the return of tvN drama Arthdal Chronicles, which kicked of the summer when it first premiered at the beginning of June. The first two seasons didn’t reach the ratings height expected of such a big name and big budget production but narratively the drama did keep getting better as it aired. That bodes well for the upcoming season 3 which was bisected in airing by Hotel Del Luna, and will return with episodes that seem way more action-packed and direct conflict driven between the leads. The production also released a new drama poster for season 3 showing all the leads looking ready to bring it on one final time.

Preview for season 3 of Arthdal Chronicles: