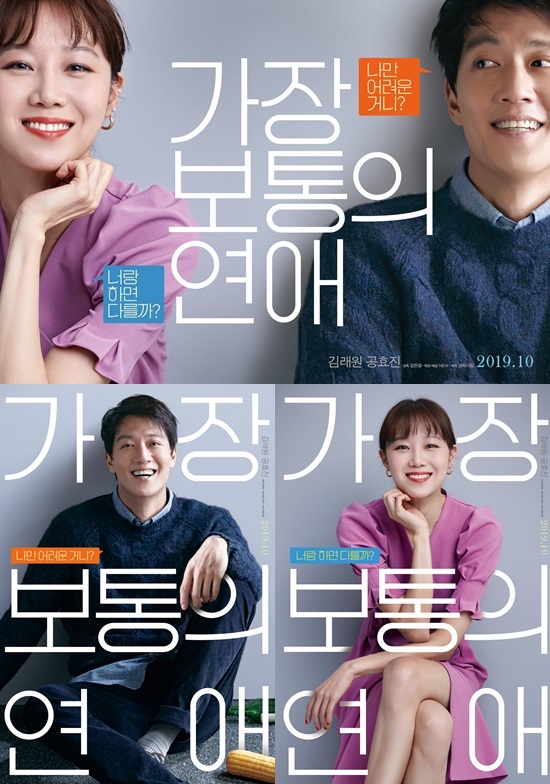 It’s been 16 years since Kim Rae Won and Gong Hyo Jin were together onscreen and the years have been kind to them. Both are still at the top of their careers while their long ago project the K-drama Snowman can’t be rewatched now since the other leading man was Jo Jae Hyun who got his comeuppance with the reveal of habitual sexual harassment of actresses. So I’m doubly thankful for the upcoming rom-com movie The Most Ordinary Love (Crazy Love is the English title) where Kim Rae Won is a a sad sack dude who got dumped by his ex-fiancee and can’t move on, but of course he’ll end up moving onto to Gong Hyo Jin once their paths crosses as she’s bedeviled by ex-boyfriend issues. The movie premieres this October and looks great as a low expectation romp solely to showcase the chemistry of the two leads.