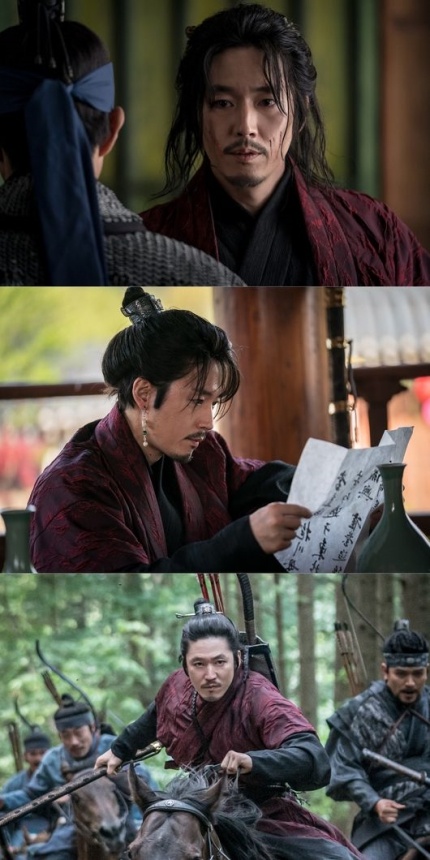 Joseon-era sageuks are mostly court dramas with all the plotting and one has to go to the earlier Goguryeo, Shilla, Baekjae and even earlier to see the bloodier kingdom warring sagas. Upcoming jTBC sageuk My Country is set in the waning days of the Gorguyeo era and the dawn of Joseon so the outfits are a hybrid of the two but everyone looks heated and pissed off which I love. What I love even more is veteran leading man Jang Hyuk who is playing a supporting but critical role in this drama, the seasoned elder leading the youngsters Yang Se Jong, Seolhyun, and Woo Do Hwan in a masterclass in how to act in a sageuk. It’s also such a throwback to see his look mirroring how he looked in his award winning performance in Chuno (The Slave Hunters). So awesome, I can’t wait to check this out!

New teaser for My Country: