I’m glad I was taught less is more, or always think twice before doing something, or even write what you feel but don’t press send until coming back later. I wished someone had told this wannabe Insta model and small time star who just got deserving hit with a tidal wave of criticism. I know that K-star Sulli‘s death triggered a lot of reflection on online bullying and netizen critique but it was more than just feedback that was bad it was how she got inundated with so much more for doing so little that deserved the degree she got. A Chinese instagram star posted a live SNS update where she modeled Sulli’s makeup complete with flushed cheeks and mussed hair and said she was only copying the makeup but the not the person because Sulli is so beautiful. Honestly, she can do whatever she wants in real life but she obviously posted it for views and boy did she get raked through the coals for being so insensitive and opportunistic. Sigh, it’s like there are always going to be another clueless one out there. 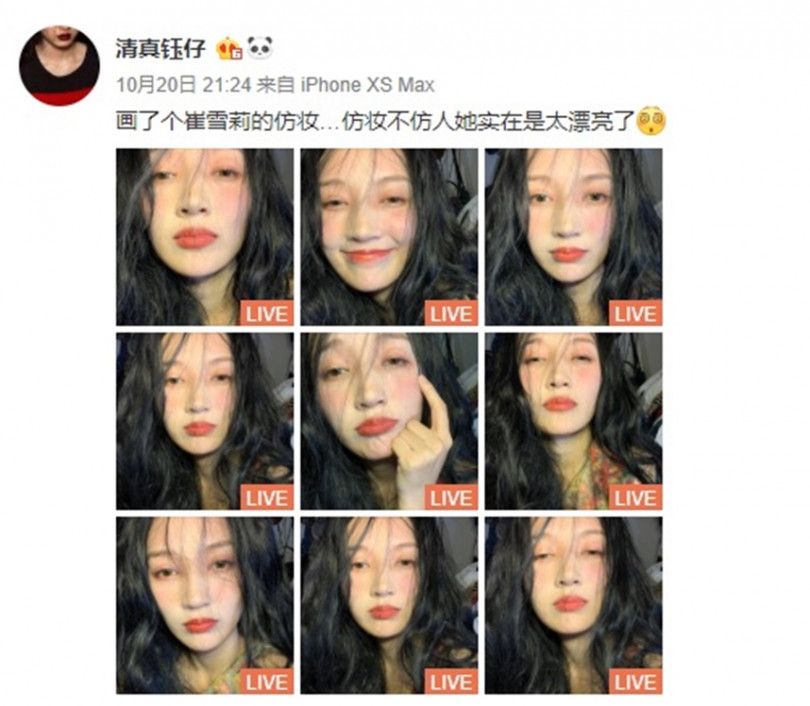