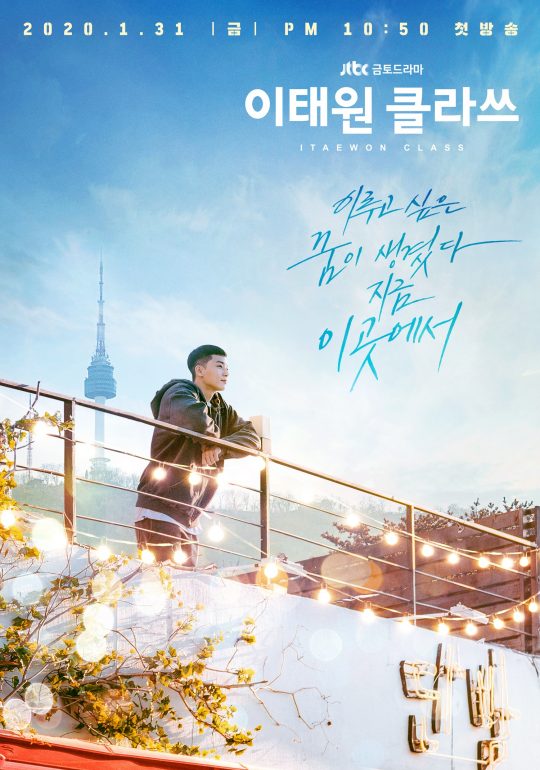 The first posters are out for January 2020 jTBC cable drama Itaewon Class and I love it! Male lead Park Seo Joon went back to his army days cropped haircut and traded his suits from Why Secretary Kim for his hardworking guy threads from Fight for My Way. Itaewon isn’t about school despite the class in the name, it centers around a group of optimistic and determined young folks looking to make their marks in the Itaewon neighborhood of Seoul. Park Seo Joon’s character wants to open a nighttime restaurant and works hard to make his dreams come true. The drama is based on a popular webtoon and will be directed by the PD of Moonlight Drawn by Clouds and costarring Kim Da Mi, Yoo Jae Myung, and Kwon Nara. 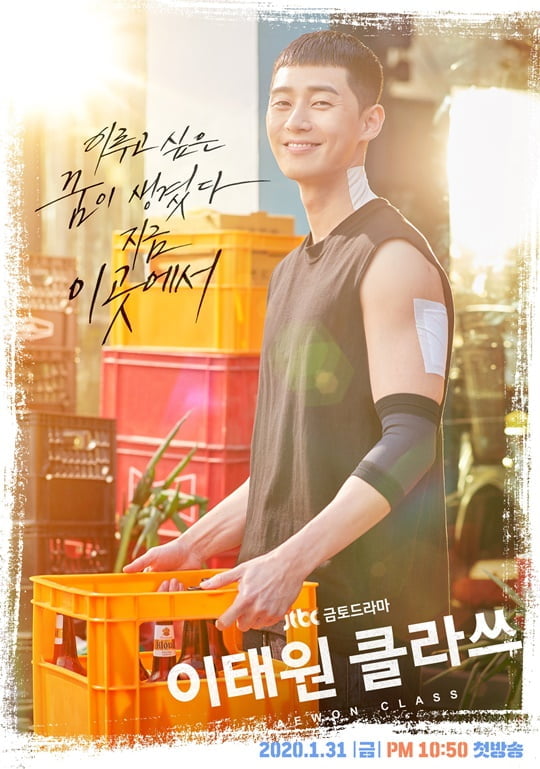