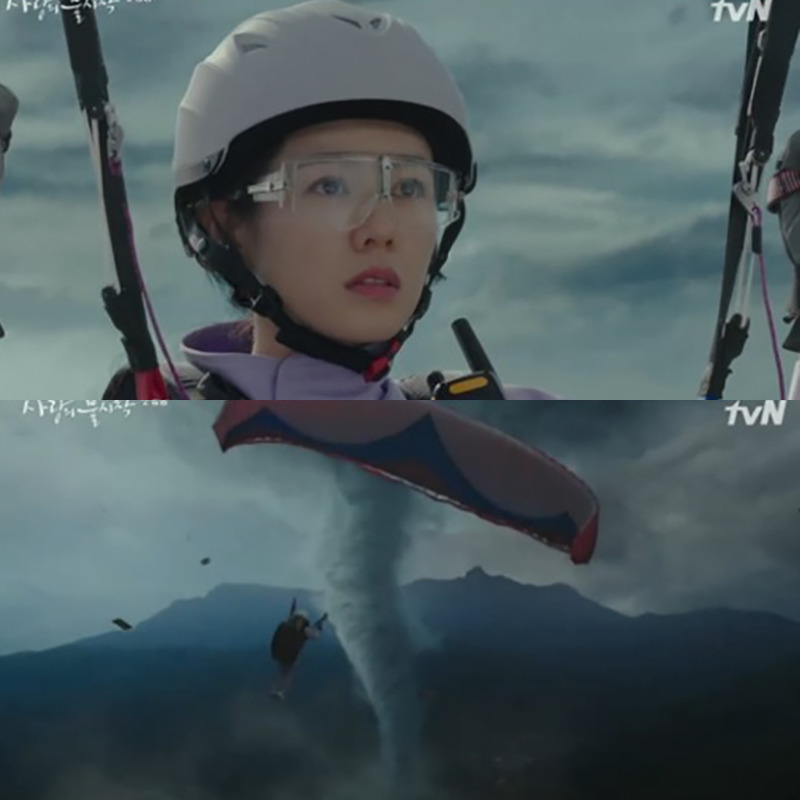 Man, no wonder tvN drama Crash Landing on You always sounded silly and like fan fiction type set up. Don’t get me wrong, I’m enjoying it so far two episodes in but goodness is the entire premise beyond stupid. South Korean chaebol daughter and fashion maven Son Ye Jin gets whisked away in a supernatural tornado while paragliding and ends up in North Korea where she meets her fated man in North Korean military officer Hyun Bin. Where do I even start?

Turns out screenwriter Park Ji Eun has been nursing this script since 2008 when she read a news report about a South Korean actress out boating and got lost and sailed to North Korean shores. She ended up talking to a North Korean man and had to make a quit getaway when the government officials showed up. Initially the drama was supposed to be set in a boating mishap sailing to North Korea but due to recent boating incidents she changed it to other modes of transportation, noodling over several from planes, trains, and automobiles before settling on paragliding. So there you have it, every idea always has an inspiration.